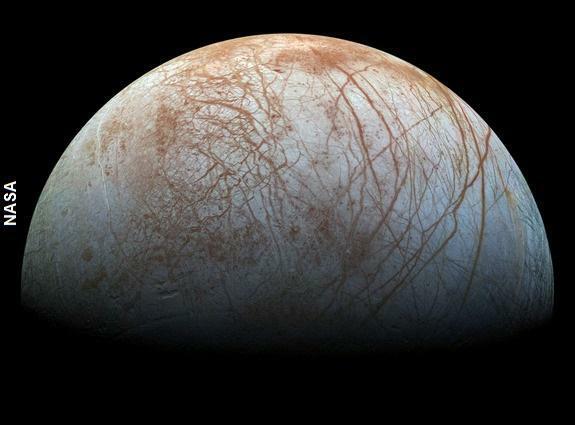 Jupiter's moon Europa appears in a breathtaking new light via a digitally remastered image released by NASA. The space agency applied state-of-the-art color enhancements to photos taken by the Galileo probe in the 1990's and created an image of the enigmatic moon which depicts how astronauts would actually see it as they approached Europa from space. The image release is part of an ongoing effort by NASA raise awareness of the potential groundbreaking discoveries waiting for the human race on the distant celestial body. More on the story at Space.com.