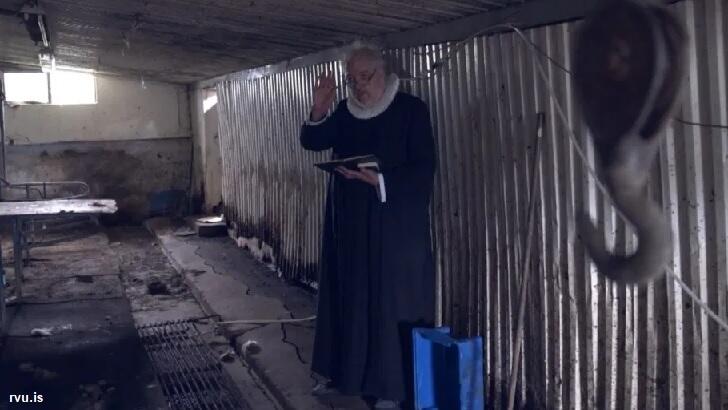 Plans to demolish a farmstead in Iceland had to be put on hold so that an exorcist could visit the scene and eradicate sinister spirits believed to be lingering at the location. The ceremony was reportedly conducted on a property in the town of Hvolsvollur and, remarkably, came at the behest of the country's national power company, which had acquired the land as part of a forthcoming building project. Upon consulting with the owner of the farm, they were told of a dark presence which he claims to have encountered at the site nearly 20 years ago.

According to Daniel Magnusson, the eerie incident occurred back in 2002 when an inexplicable fog appeared on the land and greatly disturbed his cattle. "They ran out of the cowshed bellowing and wailing," he recalled, "when I calmed them down, I went into the cowshed and it was like I had been splashed in the face with icy water." As he advanced further into the building, Magnusson said, he felt "like I had been plunged into water several meters deep. I finally left when I couldn't breathe anymore."

However the strangeness did not end there as, upon exiting the building and regaining his composure, Magnusson felt a disembodied hand on his shoulder and heard a voice which said "be calm. It's about to attack you. He is trying to steal you away." Although he did not explain how the eerie incident came to an end, the farmer indicated that he later spoke to a "seer," who told him that the unsettling encounter was caused by a spirit which was jealous of his successful farm.

Despite the fact that the unnerving event took place almost two decades ago, the farmer still felt compelled to share the story with the power company when they purchased his land and he urged them to dispel the spirit before work began on the property. In a testament to how serious such supernatural events are taken in Iceland, a spokesperson for the company mused that "we thought it was self-evident and natural to go with the wishes and recommendations of Daníel about getting an exorcist before the building was demolished. He knows the area best of all."