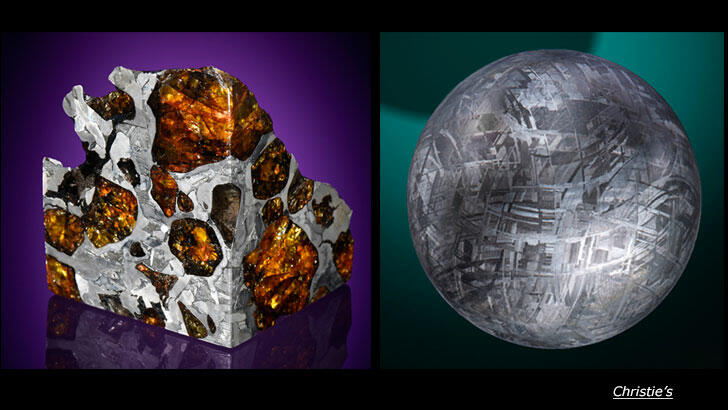 A stunning array of rare meteorites are up for auction at Christie's, including one described as an extraterrestrial crystal ball. The online event, "Deep Impact: Martian, Lunar and Other Rare Meteorites," running until February 23rd, features dozens of off-world objects, some thought to be as old as 4.5 billion years. Now, there's an antique for you!

One specimen, "Valera," has the macabre distinction of being behind the only known case of "death by meteorite" (sadly pulverizing a cow in Venezuela in 1972). Pictured on the above left is an extremely rare Fukang pallasite, recovered in the Gobi desert. With its translucent crystals, its believed to be the product of a collision of two asteroids.

On the right, a Muonionalusta meteorite found in Sweden in 1906 that was formed deep in the iron core of an asteroid situated between Mars and Jupiter. Price estimates of the many unique offerings in the auction range from hundreds to hundreds of thousands of dollars.