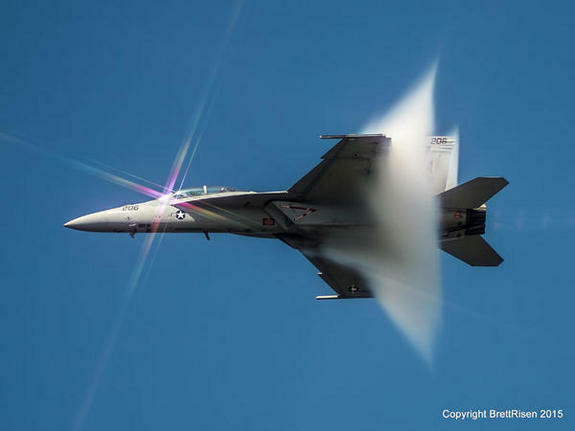 I took this photo at the Cleveland Air Show on 9/5/15. It was during the high speed pass by the F18. I was as far down the flight line on the left as possible to get the photo...I have photographed many airshows and the best vapor cones are visible on a humid day and occur at the end of the flight line. According to the announcer- who was a lieutenant in the Royal Navy - the plane was traveling at about 700mph-just below the speed of sound. They are not allowed to actually break the sound barrier for obvious reasons.