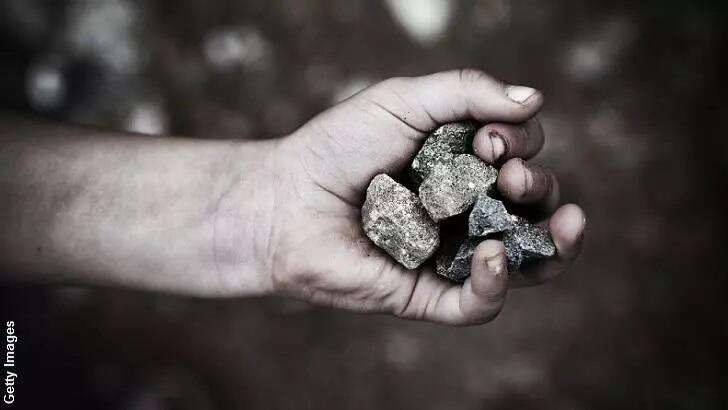 A family in Zimbabwe say that their lives have been torn asunder by a mysterious invisible force that keeps pelting their home with stones. According to a local media report, the bizarre case is unfolding in the town of Gwanda, where Portia Zhou's residence has become the target of an unseen menace. "It has been happening for a while now, stones are thrown on the roof," she lamented, "at first, we thought it was thieves or someone making fun of us, until now when the stones have become so rampant that we even get these attacks during the day."

The Zhou family turned to their neighbors in the hopes that they could figure out who or what was was behind the harassment, but a search of the area from which the stones seemed to be emanating failed to produce the perpetrator. Meanwhile, the rain of rocks continued unabated, raising concerns in the community, especially since those who helped the Zhous also became targets of the mystery tormentor. Conceding that they initially thought the situation was "a joke," one resident became convinced when "a huge pebble missed my leg."

Since the source of the stone throwing could not be found and it seemingly only increased its barrage despite being the target of a fairly serious search, many people have the community have begun to speculate that the matter could be supernatural in nature. "We just saw stones being thrown, but we didn’t see the person throwing them," marveled one bewildered individual, who declared that "these are goblins, I tell you." While skeptical observers might scoff at such a suggestion, goblins are frequently suspected of causing all manner of mischief in Zimbabwe, where a dwarf-like entity known as a Tikoloshe strikes fear in the hearts of people who believe they've run afoul of it.

In the past year alone, the creatures have been blamed for a series of deaths at a 'cursed' bridge and were 'credited' with terrifying a pair of police officers. However, the troubles faced by the Zhou family may not necessarily be the work of a Tikoloshe as the stone-throwing sounds eerily similar to several poltergeist cases from the past, including incidents in India, Bhutan, Romania, and even a different village in Zimbabwe back in 2017. And so, until the source of the rocks that have been pelting the home in Gwanda can be unmasked, a goblin, a poltergeist, and a cruel prankster all remain viable suspects.