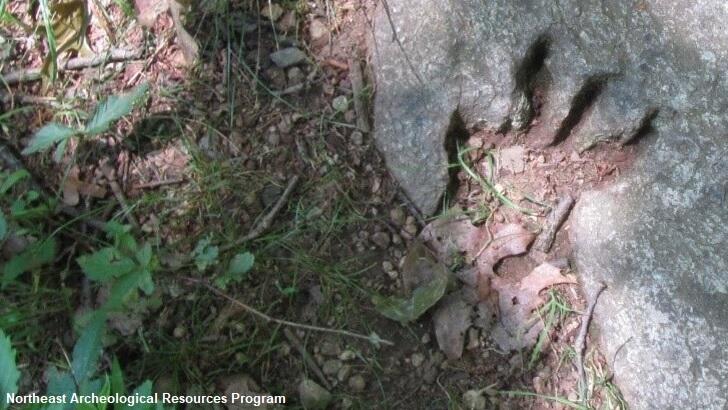 A hiker traveling along the Appalachian Trail thought that they had found the fossilized footprint of a dinosaur, but the eye-catching discovery turned out to be a hoax made by Mother Nature. The Northeast Archeological Resources Program, which works to preserve and protect the natural resources in America's National Parks, shared an image of the oddity on their Facebook page last week. The group amusingly explained that "some folks still think that archeologists study dinosaurs" and, as such, the department occasionally receives images of people who believe that they have stumbled upon evidence of the ancient reptiles.

In this instance, an unnamed national park guest visiting the Appalachian Trail spotted what appears to be a rather distinct-looking impression in a rock that bears an uncanny resemblance to a dinosaur's claw-like footprint. Alas, their suspicions were dashed by the department, who explained that the traveler had actually found what scientists call a 'pseudo-fossil.' Such objects, they said, are "inorganic impressions that can be mistaken for fossils." As such, it turns out that while the tourist may not have unearthed a glimpse into the distant past, they did manage to inadvertently provide something of a science lesson.