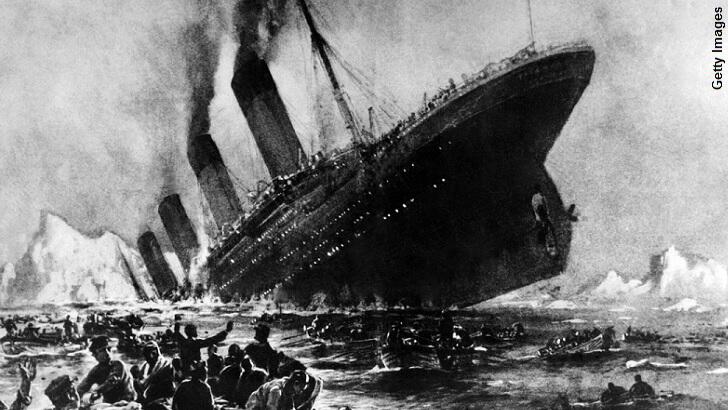 Intriguing new research into the sinking of the Titanic suggests that the ship was actually doomed due to a massive fire rather than the iceberg often blamed for its demise.

For more than three decades, Senan Molony has studied the tragedy and has concluded that the disaster was caused by a complex series of events that began with fire and culminated with ice.

According to Molony, it is believed that the fire erupted in a huge area of the ship where coal for fuel was stored and smoldered for weeks despite attempts by workers to extinguish it.

Although the theory has been proposed before, Molony may have found critical evidence that lends credence to the idea when he noticed strange dark marks along the side of the ship in photographs from when it was docked in Belfast.

Chillingly, these 30-foot-long marks corresponded with both where the fire would have been inside the ship and where the iceberg struck the vessel.

As such, Molony believes that the true cause of the calamity was that the conflagration weakened the steel of the ship's hull which allowed the icy encounter to turn disastrous.

This revised version of the Titanic story would make the tale all the more tragic as, if true, it would mean that the ship's owners knew about the fire but continued onward with the journey despite the dangers it created.