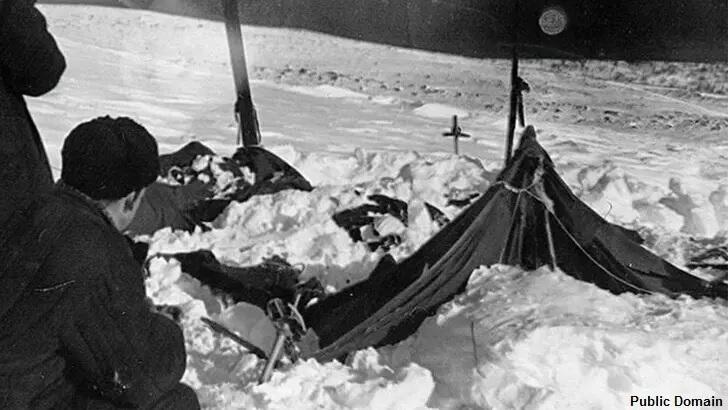 Russian officials have announced that their reopened investigation into the infamous Dyatlov Pass incident determined that an avalanche and subsequent hypothermia were to blame for the tragic event, but not everyone's convinced of the findings. The decision to take a fresh look at the curious case sparked headlines and excitement back in February of 2019 when it was announced in conjunction with the 60th anniversary of the eerie 1959 episode in which nine hikers in the Ural Mountains died under mysterious circumstances. Now, nearly 18 months later, the results of what was promised to be a rigorous study have been released to the public.

While many had hoped that the new investigation would examine some of the more exotic suggestions for what caused the incident, such as a Yeti attack or a weapons test gone wrong, it was made clear very early on the process that only prosaic explanations would be explored. This was revealed at the start of the study when lead investigator Andrei Kuryakov told reporters that "all fantastic theories have been dropped" and that "it is absolutely out of question" that the event had any connection to a clandestine government operation.

Therefore, it was not altogether surprising when Kuryakov held a press conference this past weekend in Russia and indicated that the months-long investigation into the case had concluded that the hikers perished due to an unfortunate series of natural events. Detailing what he believed to be the group's fateful final hours, he explained that the injuries sustained by the young men and women were akin to those suffered by "rock climbers caught in an avalanche." More specifically, Kuryakov said, when the hikers realized that their camp was about to be overwhelmed by snow, they fled the area to seek a safer shelter approximately a mile and a half away.

Alas, this only compounded the predicament as the ill-equipped group lost sight of their tent due to poor visibility and ultimately succumbed to hypothermia over the course of the evening as they were battered by a blizzard as well as unsuccessful and sometimes injurious attempts to return to the camp under those perilous conditions. No doubt trying to close the book on the Dyatlov Pass incident once and for all, Kuryakov declared that the avalanche theory "has found its full confirmation" via the new investigation. "It was a heroic struggle. There was no panic," he mused, "but they had no chance to save themselves under the circumstances."

As one might imagine, the results of the investigation have already been called into question by longtime Dyatlov Pass researchers as it fails to answer a number of questions surrounding the case. Additionally, the decision to only look at natural events from the outset has raised suspicions that the new study is really a cover-up of the clandestine weapons test theory. To that end, a group of independent researchers who have been looking into the case for the last twenty years expressed dismay at the findings and called for yet another official investigation into the case. Considering that the Russian government has portrayed their conclusions as rather definitive, it's doubtful that the case will be officially re-opened any time soon or ever again, despite the misgivings of critics.