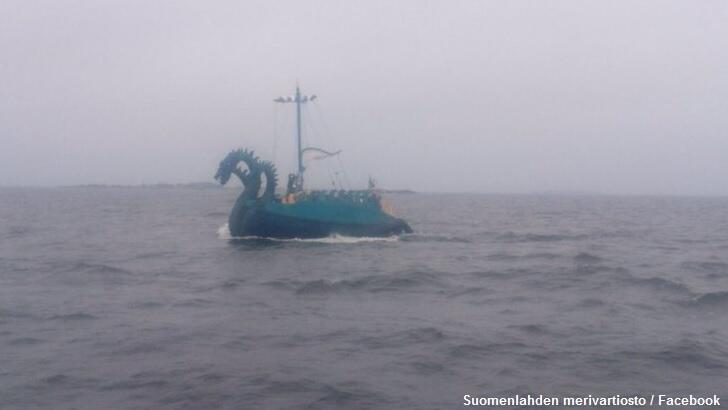 Finland's Coast Guard was forced to send out a patrol boat to investigate an odd report of a "three-headed sea monster" spotted lurking in the waters of the coast of the country. The weird sighting reportedly occurred this past weekend as fog settled over the Gulf of Finland and a spotter with the service noticed a weird interloper that seemed to resemble some kind of mythical creature. Uncertain what to make of such an observation, a scout was dispatched to the scene to get to the bottom of the bizarre incident.

Upon getting a closer look at the oddity, Coast Guard officials determined that the 'monster' was actually a Russian yacht en route to Norway for a festival. Having 'slain' the mysterious beast, the department promptly posted a picture of the vessel on social media, marveling at their weird weekend encounter. Fortunately, the Finnish Coast Guard had a good sense of humor about the whole affair and didn't try to sensationalize the sighting like their colleagues in the Indian Army did with those 'Yeti prints' a few months ago.