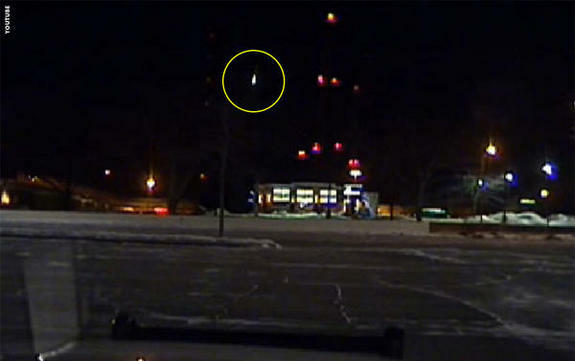 On Wednesday, February 26, a bright object was spotted over Madison, Wisconsin. Squad car video captured the event, which shows a fast-moving fireball seemingly fall straight down from the sky. The officer who recorded the footage attempted to locate the object but found nothing where he thought it might have crashed. Check it out here.