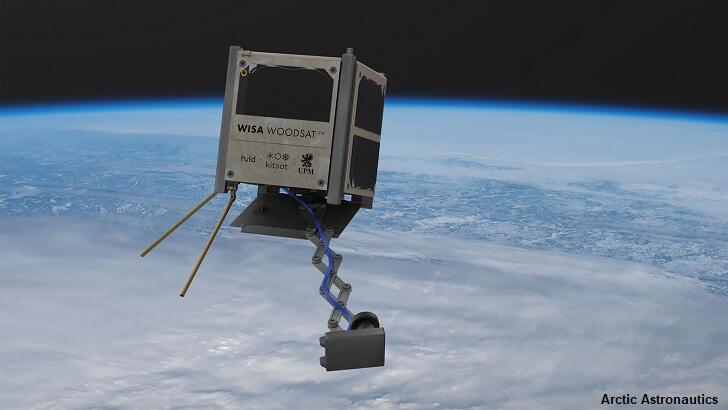 An odd bit of space history may be made later this year, as the world's first wooden satellite is set to be launched into orbit by the end of 2021. Measuring a mere 4 by 4 by 4 inches, the device is reportedly the result of a collaborative effort among three different Finnish companies. Arctic Astronautics, a business that produces educational cubesat kits for students, conceived of the idea and subsequently enlisted UPM Plywood and technology design house Huld to create the wholly unique satellite which will sport surface panels made of specially-treated plywood.

The main purpose of the project, dubbed WISA Woodsat, is to see how such organic material would fare up against the rigors of space. Although the wood itself is "basically just the same as you’d find in a hardware store or to make furniture," Arctic Astronautics co-founder Samuli Nyman explained, for the purposes of this endeavor, it has been subjected to "a thermal vacuum chamber" to remove moisture and then applying "a very thin aluminum oxide layer" that will both prevent vapors from escaping the material as well as protect it from "the erosive effects of atomic oxygen" found at the far reaches of the atmosphere.

Equipped with a 'selfie stick' with a camera to monitor the exterior condition of the satellite, the device will also contain sensors provided by the European Space Agency. Power for the device, which weighs around 2 pounds, will be provided by nine solar panels. Set to launch later this year by way of a rocket departing from New Zealand, the project is planned to last for at least two years and is being touted as a possible 'green alternative' to spaceflight. To that end, Ari Voutilainen of UPM Plywood marveled that the satellite "carries a profound message of replacing fossils with renewable wood-based materials also in very demanding applications. Houston, we have a solution."