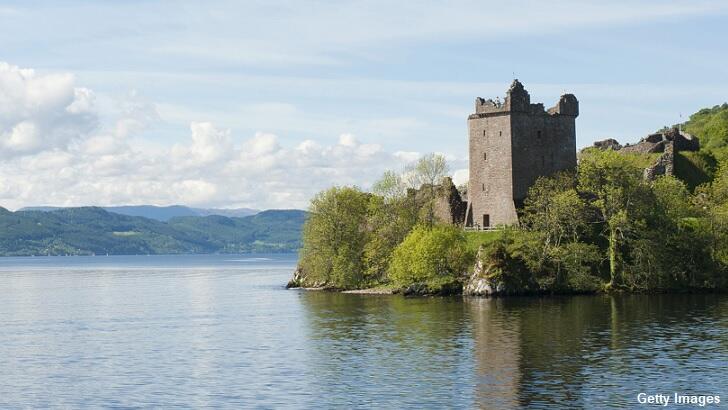 For the first time this year, the legendary monster of Loch Ness may have been spotted by someone who was actually at the iconic location in Scotland. The on-site sighting is said to have been made by an unnamed man from England who was visiting the area last Wednesday afternoon. While stationed onshore near the site's famed Urquhart Castle, the witness looked out lat Loch Ness with a pair of binoculars and noticed something strange briefly emerge from the water.

According to the Official Loch Ness Monster Sightings Register, which received the report, the man "said a hump came up, going against the waves, looking like a turtle's back." Despite only seeing the oddity for a mere two seconds, the witness observed that it was "black in color with a green tinge to it." Alas, the only additional details from the potential Nessie sighting are that "the weather was warm and sunny with excellent visibility" and, unfortunately, the witness was unable to photograph or capture video of the oddity due to the incredibly short duration of the sighting.

Be that as it may, the account was apparently solid enough to be accepted by the official register as the 7th Nessie report of the year and, in turn, the first potential on-site encounter with the creature in 2021. The prior six cases all came by way of people who were watching the Loch Ness webcam and managed to record something anomalous in the water. With summer still in its infancy, the number of visitors to Loch Ness will presumably increase considerably and, in turn, one imagines that on-site reports of the site's resident monster will as well.