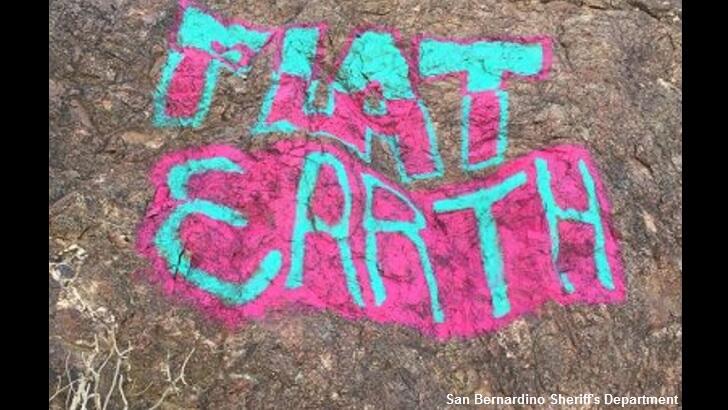 A Flat Earth enthusiast from Arizona was arrested last week for what authorities say was a widespread campaign in which he tagged over 30 spots on federal land with a message imploring people to research the infamous conspiracy theory. According to a press release issued by the San Bernardino Sheriff's Department, Skyler Gene Butts was busted after a year-long investigation into recurring instances of Flat Earth-themed graffiti that had been appearing around the Parker Dam which is overseen by the Bureau of Land Management.

It would seem that the suspect finally slipped up when security cameras filmed Butts tagging the side of a restroom at the location last Wednesday. Estimating that the total cost to clean up his alleged handiwork at around $5,000, officers arrested the Flat Earth advocate the following day and charged him with felony vandalism. Remarkably, while it took some time for investigators to figure out who had been behind the graffiti for the past year, Butts was apparently hiding in plain sight, documenting his 'artistry' on an Instagram page.