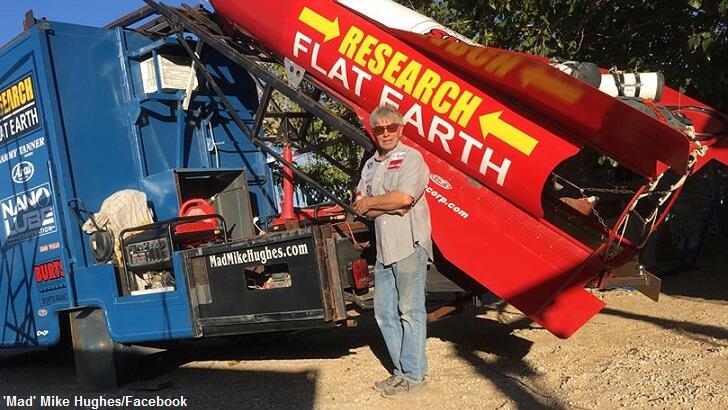 Flat Earth Fan to Launch Himself in Homemade Rocket Again

Daredevil and Flat Earth enthusiast 'Mad' Mike Hughes hopes to once again take to the skies inside of a homemade rocket at a launch scheduled for next weekend. The 'self-taught rocket scientist' made worldwide headlines last year when, after a series of failed attempts, he successfully soared nearly 2,000 feet into the air via a steam-powered craft that he built himself in an attempt to prove that the planet is flat.

Having come away from the stunt largely unscathed, Hughes reportedly plans to up the proverbial ante with another launch later this month in which he will try and reach a height of 5,000 feet using a modified version of the steam-powered rocket that worked so well last year. Much like the problems that befell his quest back in 2018, however, the event had originally been planned for this past Sunday, but was scrubbed and subsequently rescheduled for Saturday, August 17th due to issues surrounding a heater on the rocket that is necessary to produce the steam power.

Whether the launch will occur on Saturday remains to be seen, since any number of technical difficulties could wind up delaying it yet again. Assuming that the event eventually does take place, it will be filmed for a Science Channel television series called 'Homemade Astronauts' that is set to premiere in 2020. Unfortunately, this would seem to suggest that it may be sometime before we actually see video of the launch. And, in an appropriately odd coda for a story about a Flat Earth fan launching himself inside of a homemade rocket, Hughes' endeavor this time around is being sponsored by, of all things, a dating app.