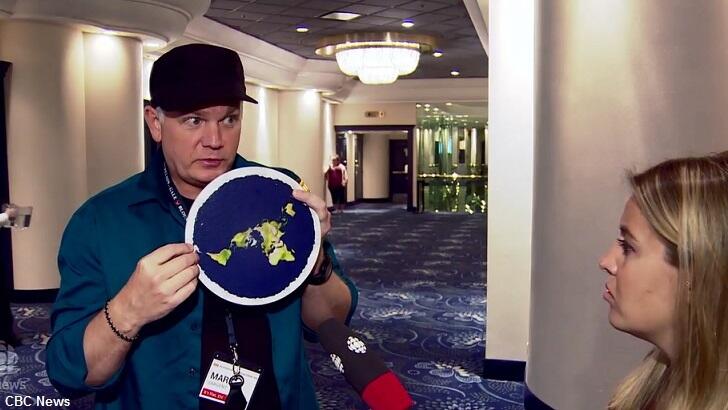 Flat Earth enthusiasts from around the world gathered in Canada at the end of last week for the country's first-ever conference devoted to the controversial conspiracy theory. According to a local media report, the event held at, of all places, the Fantasyland Hotel in Edmonton drew a whopping 250 attendees. And, in a testament to the growing popularity of the Flat Earth theory, the Canadian confab was actually the third such conference devoted to the subject to take place in the last year with a wildly successful American version and an equally-impressive British gathering preceding it.

As was the case with those events, the Canadian conference served as a proverbial 'safe space' for Flat Earth enthusiasts to exchange ideas without the fear of being ridiculed for their unorthodox beliefs. It would seem that was one of the big themes of the gathering as a number of speakers reportedly lamented the hardships that they have been forced to endure because they openly advocate for the theory. Broken relationships, lost jobs, and shunning from religious organizations were just some of the difficulties cited by speakers.

However, conference organizer Robbie Davidson sees the Flat Earth events as a critical step in the community being taken seriously by an incredulous public. "I knew that it wouldn't become real to a lot of people until it moved off of online and into buildings," he told a local newspaper. To that end, he mused that Flat Earth fans are pushing back against their portrayal in the media by showing just how many people are willing to fork over the funds to attend such an event and stand up for the much-maligned conspiracy theory in person.

The gathering also provided researchers and attendees the rare chance to speak with mainstream media outlets covering the conference and, in turn, make a case for the Flat Earth that otherwise might never reach those who are not 'in the know.' "Even if people are laughing at it," Davidson said about coverage of the event, "there might be that one person that goes, 'Huh, I want to look into it a little bit.'" Should that be the case, the hypothetical new convert to the Flat Earth theory is in luck as there's already another conference scheduled for this coming November in Denver at, we hope, a hotel with a less silly-sounding name.

Until then, Coast Insiders can learn more about the Flat Earth theory from one of the speakers who was featured at the Canadian conference, Mark Sargent, via his 11/24/2017 appearance on C2C. Not a Coast Insider yet? Sign up today.