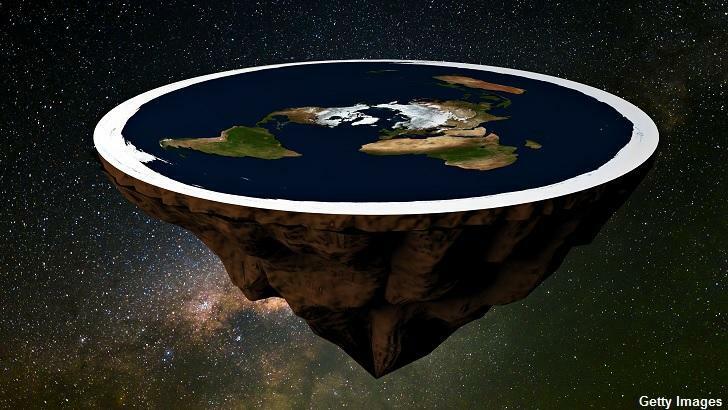 A Canadian Flat Earth enthusiast has been arrested after flouting the country's pandemic quarantine rules following a trip to the United States. Mak Parhar reportedly journeyed to South Carolina last month to attend Flatoberfest, a convention dedicated to the controversial conspiracy theory that the Earth is not round. Per Canadian international travel restrictions regarding the prevention of the spread of coronavirus, it was required that he self-isolate for two weeks upon his return home to British Colombia.

However, police say, Parhar promptly disregarded the quarantine mandate and "continued leaving his residence." Eventually, authorities began investigating the situation and even issued a ticket to the Flat Earther for disregarding the regulations, but his refusal to self-isolate continued. The situation reached a boiling point this past Sunday when Parhar spoke about his ongoing battle with the authorities at an anti-mask rally in the city of Vancouver, boasted that he would not adhere to the regulations, and declared that "COVID doesn't exist."

Seemingly faced with no other option, cops subsequently arrested Parhar the following day and charged him with three violations of Canada's Quarantine Act. Currently in police custody, the Flat Earther could face fines of up to $300,000 and a possible prison sentence of six months for each charge if convicted. The case is not Parhar's first run-in with the authorities over the coronavirus as his hot yoga studio lost its business license back in April after he repeatedly asserted that the extreme temperatures of his practice were no match for the virus.