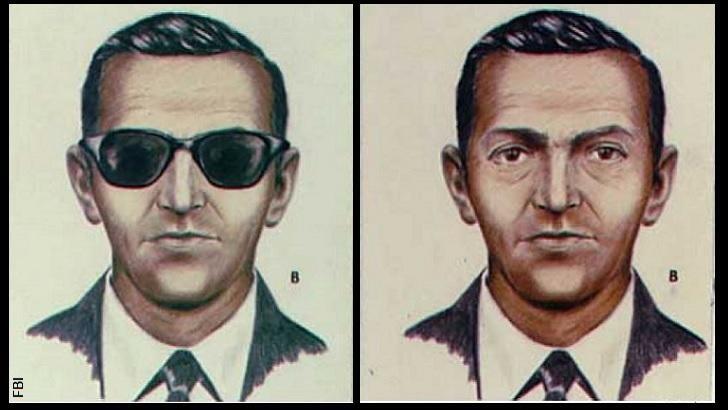 A flight attendant who played a key role in the infamous D.B. Cooper skyjacking case has granted a rare interview in which she revisits the infamous event. In a fascinating piece from Rolling Stone, Tina Mucklow recounted working the now-legendary November 24th, 1971 flight in which a still-unidentified individual hijacked the airliner with what he claimed was a bomb and subsequently received $200,000 in ransom from authorities before parachuting from the aircraft into oblivion.

The former flight attendant's story has long fascinated students of the D.B. Cooper case as Mucklow was forced to sit next to the skyjacker while the incident unfolded and, by nature of that strange twist of fate, likely had more interaction with the mysterious man behind the caper than anyone else. Tasked with passing communications between the back of the airliner, where Cooper sat, and the cockpit, she recalled how "I was there for the hijacker to kind of keep him feeling safe, reassured, comfortable and not detonating that bomb."

Remembering the sheer terror she experienced when Cooper showed her the bomb that he had brought aboard the flight, Mucklow indicated that she felt sick, but opted to pray in order to maintain her composure. She also mused about the final moments of the skyjacking when it was just her and the mysterious man in the cabin and she "just felt so alone." Mucklow's role in the incident culminated with her having to show Cooper how to open the stairwell of the airliner so that he could parachute from the plane and she recalls that "probably one of the last things I did was to say, ‘will you please, please take the bomb with you?'" However, she is uncertain as to whether or not Cooper responded since he was wrapped up in preparing for his daring escape.

As one might imagine, Mucklow's unwanted front row seat to one of history's most mysterious crimes has made her a subject of interest from researchers hoping to glean some kind of heretofore uncovered clue from the case. Although she largely carried on with her life following the event, explaining that "I wasn’t defined by that hijacking," the former flight attendant lamented having to fend off countless requests for interviews and insights from armchair investigators.

Largely silent about the case in the ensuing years, Mucklow's reticence to revisit the skyjacking sadly led to her being branded as traumatized by the event or targeted for harassment from researchers who demanded that she speak with them. Making matters worse, she observed that the few times in which she did meet with independent investigators, her inability to confirm their suspicions about possible Cooper suspects spawned anger or resentment.

Be that as it may, much like other people who were on that infamous flight and remained silent until recent years, Mucklow has realized that interest in the case has only increased and, as such, she has felt compelled to share her account of the event. "I felt that I didn't own this hijacking," she said, "and that maybe it was time to give it back to history." Hopefully, Mucklow's decision to come forward and tell her story will satisfy the Cooper researchers who have long wondered what she had to say, although given their dogged nature, finding out the identity of the skyjacker may be a more plausible scenario.