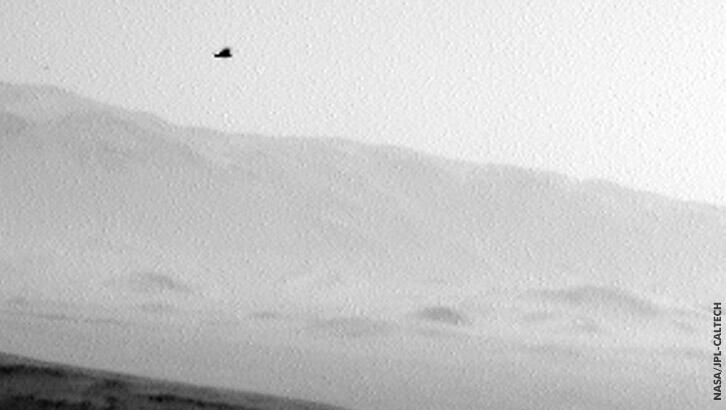 NASA's Curiosity Rover may have captured a flying bird on Mars, according to UFO conspiracy theorist Scott C. Waring. In one of a series of images taken by Curiosity on June 24, 2019, an anomalous object appears in the sky above the Martian landscape. "This flying bird on Mars was found by Marcelo Irazusta who actually found a bird flying across the surface of Mars captured last week by the Curiosity Rover," Waring wrote on his blog, noting the shot may have been taken by accident. He also suggested it could be a UFO.