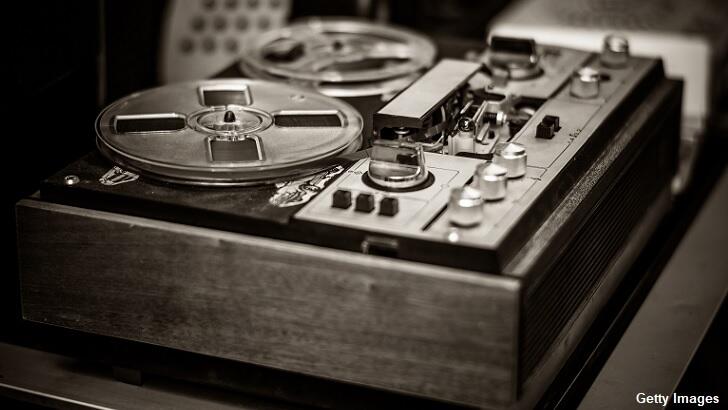 An intriguing piece of evidence from the legendary Pascagoula UFO event has recently come into the hands of one of the two men at the center of the iconic alien abduction case. In October of 1973, Calvin Parker and Charles Hickson witnessed an unidentified flying object while they were fishing at Mississippi's Pascagoula River and, they claimed, were subsequently taken aboard the craft against their will. Upon their return, the duo reported the incident to the local police station and, unbeknownst to them, were recorded at one point privately talking about their experience.

The earnest nature of that conversation has long been cited as an indication that, at the very least, the two men were not making up their story and, quite possibly, that they really were abducted by visitors from another world. Now, in a tantalizing turn of events, Calvin Parker has reportedly come into possession of a longer recording from the police station that evening which he never knew existed. He reportedly received the tape from a former officer of the Pascagoula Police Department who managed to hold on to a copy for all these years and decided to give it to him after they had been corresponding about the case online.

According to Parker, this individual, who wishes to remain anonymous, had been working at the station that night and fielded approximately 50 phone calls from bewildered residents reporting a UFO at around the time that the abduction occurred. The newfound recording, which has yet to be released to the public, features the two witnesses telling officers about their experience mere moments after it had taken place. "When I sat down and listened to it," Parker said, "it hit me how real all of this was. It kind of choked me up a little bit."

Although snippets of the private conversation between Parker and Hickson has been widely available for years, the existence of the unearthed tape was apparently known only to the authorities. "I'd never heard it, not the full recording," he revealed, "I was surprised they had the whole thing on tape." What makes the discovery of the recording particularly interesting is that it presumably features the first time that the pair had told their story and, given that it was recorded on the evening of the event, it stands to reason that their memories of the experience are particularly fresh and not changed by the passage of time.

The tape, which one hopes Parker will eventually share with the world, should give hope to UFO enthusiasts that, no matter how old a case may be, there could still be evidence out there that has yet to be found. While we wait to hear what might be on the tape, Coast Insider can check out Calvin Parker recounting his first-hand experience from the Pascagoula encounter on the 8/26/2018 edition of Coast to Coast AM. Not a Coast Insider yet? Sign up today.