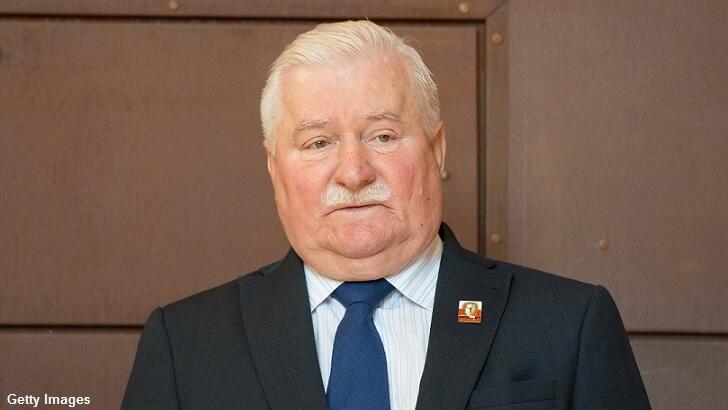 The former president of Poland surprised his audience at a recent speaking engagement when he began pontificating about UFOs and how an alien invasion might unfold. Lech Walesa, who presided over the country from 1990 to 1995, reportedly made the remarks while addressing a civic group in the town of Krosno. Much to the astonishment of those in attendance, the retired politician indicated that he has become a believer in the idea that intelligent extraterrestrials not only exist, but could pose a threat to the safety of Earth.

Specifically, Walesa said that "there are three levels of intellectual development in other galaxies" and, sadly, the human species occupies the lowest tier. As such, he cautioned that a visit from these advanced beings could be perilous for our planet. Should we try and challenge the ETs, Walesa observed, "they will interrupt us [and] cut us in half. The Earth will collapse." He postulated that such an invasion scenario could set the human race back 5,000 years and necessitate the need for civilization to rebuild from scratch "until the same moment in which we are today."

Walesa went on to assert that similar situations may have already taken place on Earth, declaring that "they say that there was a civilization like ours five or four times, and it came to the same mistake as we are now - they could not communicate." He pointed to various archaeological mysteries as examples of a potential advanced human race that was wiped out in the distant past. "Various things are excavated in stone, the pyramids, even," he marveled, "we do not know where they came from!"

While one might be wondering if Walesa learned this fantastic information by way of his prominent position in Poland decades ago, it would seem that his insights on these subjects were attained in a considerably less-clandestine manner. The former president indicated that his knowledge about aliens and the UFO phenomenon is actually derived from watching YouTube videos on these subjects. That may come as a disappointment to those hoping that Walesa was 'read in' on the ET secret, perhaps it's a good thing since it might mean that his fears of an alien invasion are on par with the Flat Earth theory.