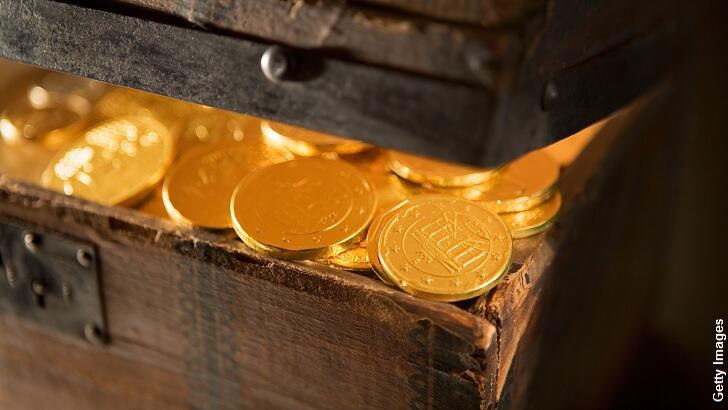 Forrest Fenn Reveals His Treasure Was Hidden in Wyoming

Treasure hunters still smarting over the unsatisfying conclusion to the search for Forrest Fenn's riches received something of a respite last week when the eccentric art dealer revealed that the cache of gold and jewels had been hidden in the state of Wyoming. Since the decade-long quest came to an end in early June by way of a vague announcement that someone had solved the mystery, skepticism has swirled around the surprising news with several significant questions remaining unanswered.

Although Fenn responded to those who doubted the veracity of the story by releasing pictures of the allegedly unearthed treasure chest, countless individuals who spend a considerable amount of time and money on the hunt still yearned to know where he had hidden the riches, since that would provide them with some indication of whether or not they were on the right track. The mercurial art dealer finally acknowledged those misgivings in a statement released last Wednesday.

"When the finder found and retrieved the treasure," Fenn wrote, "other searchers wondered how close they had been to the right spot." Noting that he has, so far, adhered to the wishes of the person who discovered the riches and kept both their identity as well as the location of the cache secret, the man behind the infamous hunt went on to say that "the finder understands how important some closure is for many searchers, so today he agreed that we should reveal that the treasure was found in Wyoming."

Fenn also reiterated an earlier point by once again emphatically stating that "the treasure had not moved in the 10 years since I left it there on the ground, and walked away." The state location revelation is a fairly significant clue as it eliminates an enormous swath of potential spots in New Mexico, Colorado, and Montana which had been targeted by innumerable searchers over the years. And, as one can imagine, the enlightening insight has led many treasure hunters to revisit the riddle which purportedly led to the cache to see if they can now figure out the peculiar 'treasure map.'

However, since there is presumably nothing left in the location where the treasure had been hidden, confirming that they are the second person to solve the hunt will likely prove to be a daunting and rather maddening task. That is, of course, unless Fenn or the finder eventually decide to reveal the precise location the public and finally put an end to the mystery which continues to surround the controversial treasure.