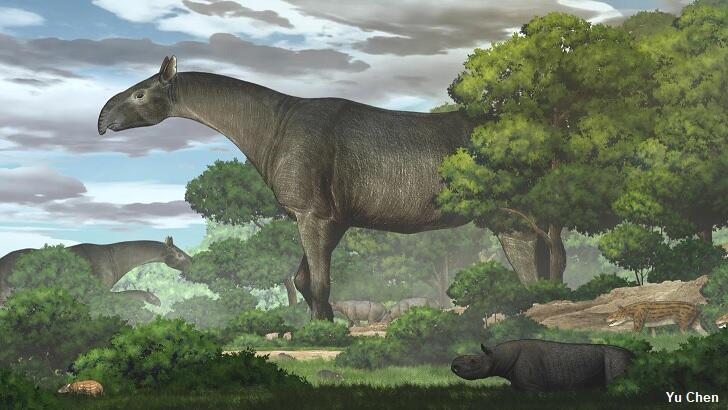 Researchers in China have identified a new species of ancient giant rhino that was among the largest mammals ever to walk the Earth. Given the scientific name Paraceratherium linxiaense, the monstrous creature reportedly resided in northwestern China around 26.5 million years ago. Measuring an astounding 26 feet long and boasting a shoulder height of about 16 feet, the giant rhino is thought to have weighed a whopping 24 tons. For the sake of comparison, the creature's weight would have been the same as four African elephants.

A fossilized skull of the newfound giant rhino was unearthed in 2015 and, upon closer inspection by scientists, it was determined to be a new species of the enormous creatures which were first discovered at the turn of the 20th century in Pakistan. Unlike their modern-day descendants, the ancient animals did not sport a horn and more closely resembled horses rather than contemporary rhinoceroses. It is believed that climate change and subsequent competition for resources from the then-newly-evolved elephant, which was able to more easily access food with its elongated trunk, led to the demise of the giant creatures.