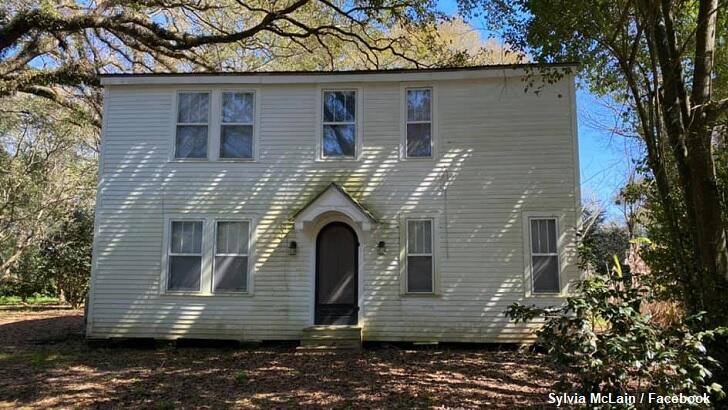 After repeated attempts to sell the residence proved futile, the owners of a purportedly haunted house in Louisiana is now giving the home away for free! Realtor Sylvia McLain took to Facebook earlier this year with the unbelievable offer on the two-story, four-bedroom home in the community of Younsville. Although her post did not mention the site's spooky reputation, people responding to the announcement reportedly revealed that the house is seemingly home to the ghost of an old woman who frequently makes her presence felt.

Specifically, Dawn Vallot DeClout explained that she used to live in the home and believes that the spirit might be that of her great grandmother Adele. "She's not menacing at all," her relative wrote, revealing that the woman was a mere "4 feet, 9 inches and weighed about 100 pounds." According to Dawn, her great grandmother had a peculiar habit of "always digging in the pots, like when you have something on the stove and someone goes and looks in the pot and stirs it around."

And, following her passing, the woman's spirit seemingly continued the practice as "we used to hear her all the time jangling the pots when we had something on the stove. You could hear somebody picking up the lid but there was nobody in the kitchen." Meanwhile, other residents of the community chimed in on the Facebook post with their own spooky stories from staying in the home with one person claiming that "I experienced three things there that could not be explained and my friend that lived there had more than that."

While prospective homeowners with an appreciations for the paranormal may think that the prospect of getting a haunted house for free is quite the steal, the deal comes with something of a catch. That's because the owners are only giving away the residence itself and interested parties will have to physically move he building off of the property. The entire process of relocating the residence and subsequently refurbishing the site is estimated to cost approximately $80,000. And, of course, it's uncertain whether or not Adele would come along with the house once it has been moved.