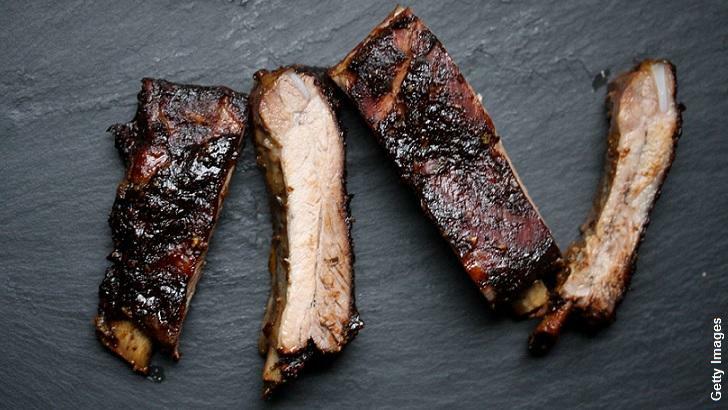 A consortium of French butchers are sounding the alarm about what they say is an unsettling rise in threatening behavior coming from angry vegans. The group, which boasts more than 18,000 members, recently wrote to the French government to express concern about their safety following a rash of unnerving attacks on butcher shops. In one region of the country, a whopping seven shops have been hit by vandals decrying the different meats being offered by the businesses.

Blaming the media for glamorizing the vegan lifestyle and turning a segment of the population against them, the butchers are now begging the French government to intervene. Specifically, they've asked the French Interior Minister to somehow put a stop to "the physical, verbal and moral violence" aimed at them over the past few months. The leader of the group clarified that they are not asking for police to be stationed at shops in a manner akin to banks, but would like the government to more closely monitor vegan groups who may be plotting nefarious deeds.

For their part, one vegan group in France repudiated the extremists in their midst and told a British newspaper that they "condemn all violence." That said, one should not expect peace to be brokered between the butchers and the vegans just yet as the same group also suggested that the meat dealers may have ulterior motives with their call to action. They propose, in what may be the weirdest conspiracy theory we've heard in a while, that the letter to the government is actually a publicity stunt to rally the public behind the butchers and convince people to eat more meat as a sign of solidarity.