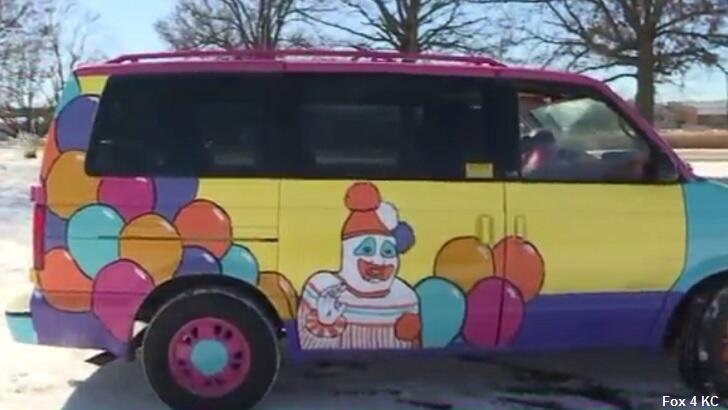 A Missouri man with a dark sense of humor is turning heads by way of a strange tribute to serial killer John Wayne Gacy.

William Hodson found a slice of Internet fame this week when someone in the city of Lee's Summit spotted his van which features Gacy's infamous alter ego Pogo the Clown emblazoned on the side of it.

Photos of the somewhat unsettling vehicle subsequently became something of a hit among true crime fans online and Hodson was eventually tracked down by appreciative internet sleuths.

As for why he painted Pogo the Clown on his van, Hodson explained that it was a joke for a friend who had mentioned driving for Uber.

"It may not be everybody's cup of tea," he mused to TV station WDAF in Kansas City, "but that's why we're all different. I personally find it kind of funny."

While there's no word on whether or not the van wound up being used as an Uber, we're kind of hoping it was, since the reactions from passengers when Hodson pulled up with in the Gacymobile would probably be pretty amazing.