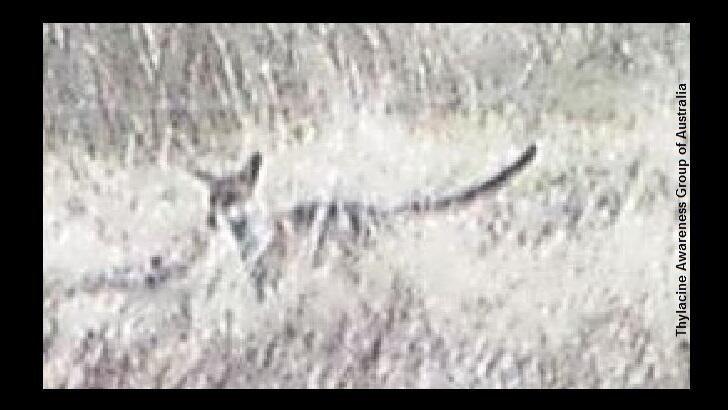 Australia's Thylacine Awareness Group have released a new image which features a mysterious canine-looking creature that may be the legendary Tasmanian Tiger.

According to the group, the photo was taken by a game camera on a property near the Australian city of Perth.

The owners of the land set up the system in the hopes of determining what predator was responsible for the recent death of their pet dog.

That particular mystery became all the more perplexing when the camera captured an odd animal lurking in the background of one photo.

The appearance of the creature has led some to suspect that it could be the infamous thylacine, better known as the Tasmanian Tiger.

Researchers point to the animal's stiff-looking tail, which is one of the signature attributes of the thylacine.

However, skeptics say that the face of the creature looks more like a fox and that perhaps the tail only appears that way because the photo is merely a singular view of the animal as it was moving across the field.

Thought to have died out in 1936, the Tasmanian Tiger has long fascinated cryptozoologists because the creature has reportedly been seen by numerous witnesses over the ensuing years since it purportedly went extinct.

The possibility that the thylacine may still be alive and well has seen renewed interest over the last few months as new potential photos and videos of the animal have emerged.

While, like its predecessors, this new photo will almost certainly not settle the debate, it is an indication that a resolution to mystery may soon be at hand should researchers continue looking for the creature.

Let us know what you think of the enigmatic photo at the Coast to Coast AM Facebook page.