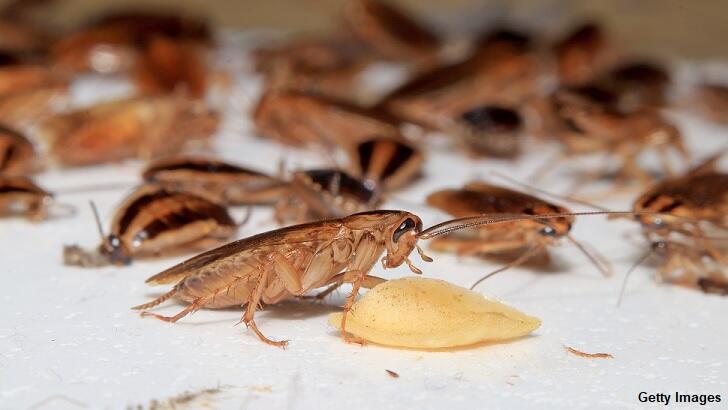 A restaurant owner who ran afoul of a criminal gang in Thailand became the target of an unsettling attack wherein thousands of cockroaches were released inside his establishment. According to a local media report, the bizarre incident occurred on Monday evening at 'G House Tapei' when a pair of miscreants dressed in black burst into the building and threw a slew of the reviled insects into the air. The bevy of bugs landed on the ground, scattered in every direction, and ultimately infested the restaurant within seconds much to the horror of patrons watching the scene unfold.

In what may the worst timing ever for a criminal caper of this kind, the cockroach attack occurred on the same evening that G House Tapei just so happened to be hosting a gathering of approximately 700 of the city's police officers, including the commissioner, Chen Jia-chang. Although some might suspect that this was not a coincidence and that the blitz of bugs was directed at the authorities in a manner one might see from a supervillain in a movie, cops dismissed that theory and suggested that it was actually due to a financial dispute between the owner of the restaurant and criminal gang known as Bamboo Union.

Be that as it may, police in Tapei are presumably not too thrilled by the fact that their gathering was disrupted by a thousand cockroaches being scattered throughout the restaurant as they were eating. Cops investigating the case are currently on the hunt for five individuals who are believed to be responsible for the attack and managed to flee the scene during the chaos brought about by the bugs. As for G House Tapei, the restaurant posted photos to Facebook showing that they have enlisted an exterminator to rid the side of the insects in the hopes of easing the fears of any potential patrons.