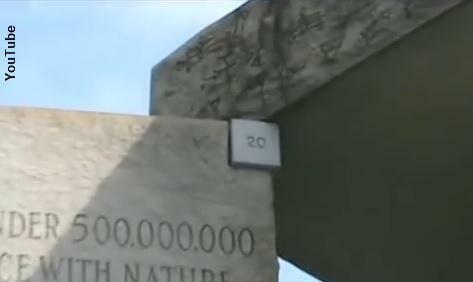 The controversial and mysterious Georgia Guidestones, which many contend to be a monument created by the New World Order, have received an unsettling addition that has conspiracy theorists buzzing. At some point in recent days, a small cube bearing the date '2014' was inserted into a notch at the top of one side of the structure's stone slabs. Many suspicious researchers have expressed concern that the 2014 cube could herald the start of a population reduction plan aimed at reaching the goal of "under 500,000,000" promoted on the Guidestones. More on the story at Vigilant Citizen and the video which revealed the new 2014 cube can be found at YouTube.