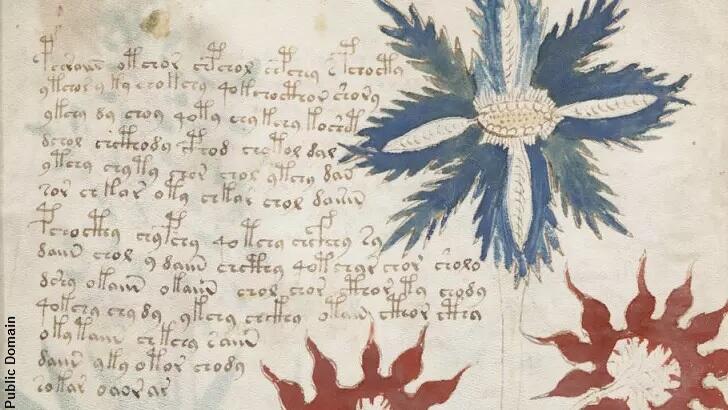 A linguist from Germany is the latest researcher to claim that they have come up with a solution for the mysterious Voynich Manuscript. The centuries-old book containing indecipherable text has long puzzled both academics and armchair investigators since its existence became known back in the early 1900s. For decades, all manner of individuals have offered solutions as to what the Voynich Manuscript says, however a definitive answer has yet to be determined.

This week, Dr. Rainer Hannig of the Roemer and Pelizaeus Museum in the German city of Hildesheim has added his name to the list of would-be Voynich Manuscript code breakers. A renowned expert in ancient languages, he reportedly spent the last three years studying the text and, earlier this month, published his findings which, he believes, provide a solution to the mystery once and for all. Unfortunately, in a rather ironic turn of events, Hannig's lengthy paper detailing his work is written in his native German and, as of yet, no complete English language translation of the publication is available.

That said, early media coverage of his announcement indicates that Hannig made "countless decipherment attempts" until he determined that the text was written in Hebrew. The professor said that once he applied this proverbial key to the manuscript, he was able to translate whole sentence and paragraphs. However, he cautioned that "the actual translation of the Voynich book will need a couple of years work, even if specialists in Hebrew language, who are well versed in medieval Hebrew and the terminology of botanical and medical texts, take over the analysis."

As with many alleged solutions put forward in the past, critics say that Hannig's answer to the mystery may not be all that it's cracked up to be. Expert on medieval history and manuscripts as well as longtime observer of the Voynich Manuscript saga, Lisa Fagin Davis, offered a rebuttal on Twitter in which she explained, with a fair bit of detail, how the professor's work is "interesting, but not entirely original ... others have made this argument before and it doesn't hold up under scrutiny."

After detailing a variety of problems with the professor's hypothesis, Davis ultimately concluded by musing "if you want to solve this thing, you have to do the reading and engage with past work." It remains to be seen whether Hannig will have a response to her critique or if his purported solution winds up being yet another failed attempt at solving the mystery. Unfortunately, if history is any indication, the second scenario seems to be the more likely of the two.