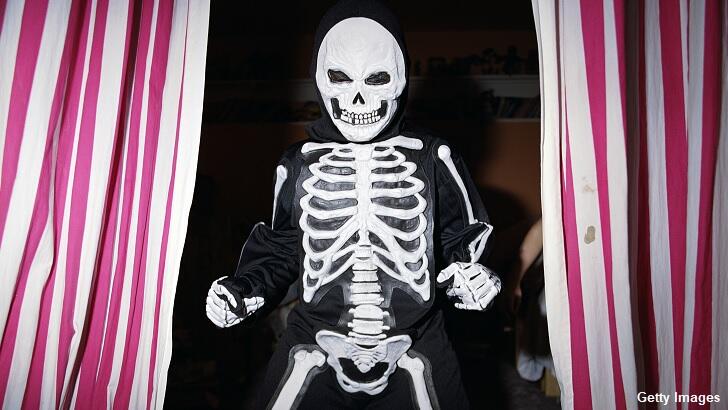 Authorities in Zimbabwe busted a burglar who had devised a rather clever scheme wherein he pretended to be a ghost and scared people into fleeing their homes so that he could then rob them. According to a local media report, the strange series of capers reportedly unfolded in the city of Masvingo, where the suspect would allegedly don a skeleton suit and then sneak into the houses of his victims. Upon seeing the eerie interloper, the terrified homeowners took off running and, in turn, the burglar was able to rob them without any resistance.

However, it would appear that his reign of terror was short-lived as one resident stood their ground and ultimately wound up capturing the man, who was unmasked and revealed to be an individual by the name of Norman Chagwiza. Police investigating the case say that the man struck multiple homes using the faux ghost routine until it all fell apart. Adding insult to injury, images (seen below) of Chagwiza in his amusing costume wound up online and went viral in Zimbabwe with many social media users laughing at his appearance.