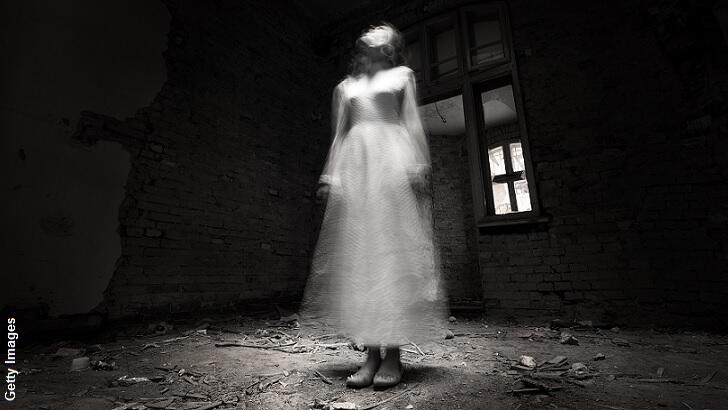 A woman in England claims that she's been forced to flee her home and stay in a motel in order to escape a ghost that has been tormenting her for years. According to a local media report, self-proclaimed psychic medium Emily Sparks believes that she has become the target of a vengeful spirit seemingly belonging to a woman named Joyce who had died in her apartment a few years prior to her arriving there. The beleaguered senior citizen first encountered the ghost in 2013 when a diminutive apparition "wearing a mustard cardigan with a tweed skirt" appeared before her very eyes.

Sparks says that the haunting was initially more of an annoyance as Joyce would pester her by turning the TV and lights on and off. Unfortunately, the activity grew increasingly worrisome to the point that the psychic medium lamented that "now she's physically and verbally abusing me." To that end, Sparks revealed that she recently woke up one morning to discover a ball of hair, presumably her own, sitting on the floor beside her bed.

As one can imagine, this particular incident left her greatly distressed, so the psychic medium decided to leave her home for a few days in order to send a message to the ghost that the spirit's antics had crossed a line. Alas, this seems to have backfired as the irritating apparition allegedly followed her to the nearby motel where she was staying and continued to bother her. "She needs to be removed from me, not just the home," Sparks declared, "she's clinging to me."

While skeptics may dismiss the psychic medium's tale as merely a fanciful attempt at garnering attention or perhaps superstition run amok, her story was given some credence by one of her neighbors who has also encountered Joyce. And, remarkably, this second witness also observed that the ghost was wearing similar clothes to those that Sparks had described. This would seem to suggest that there very well may be the spirit of a former resident lurking in the building. Why Sparks has become the target of her wrath, however, is anyone's guess.