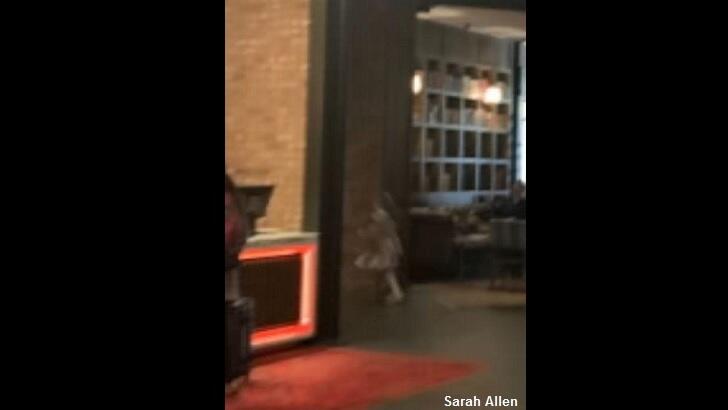 A woman visiting a casino in Massachusetts snapped an eerie photograph which seemingly shows the spirit of a little girl. According to a local media report, the chilling image was taken by Sarah Allen this past weekend when she and a friend were at the MGM casino in the city of Springfield. During their visit, she says, "my friend was kind of messing with things that she shouldn’t have been and we thought it was funny so we went to take a photo of her."

As is often the case with spooky pictures, it wasn't until the next day that Allen noticed what appears to be an apparition in the background of the image. "What is that ghost child," she recalled wondering. Allen promptly posted the photo to social media for her friends to see and it soon went viral, leading to numerous people reaching out to her to share their own spooky stories.

However, it would seem that in this instance, the anomaly in the image may not have been an apparition after all. That's because, remarkably, someone eventually contacted Allen with what they claimed was a photo that just so happened to be taken at the same time from a different angle. In that image, which she said "seems to be pretty legitimate," the youngster is revealed to be alive and not a ghost.