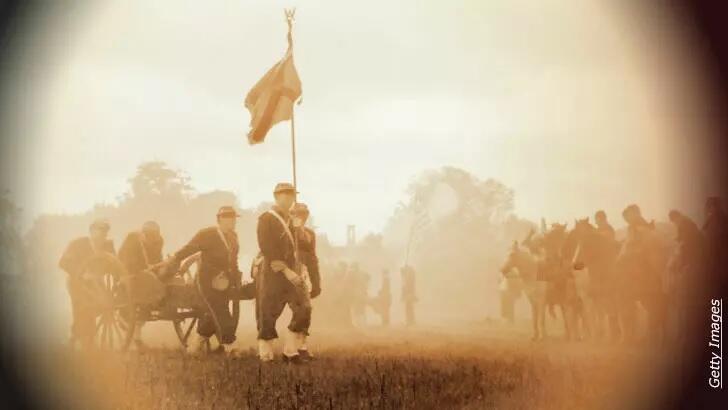 An eerie photograph circulating online may show an apparition lingering outside a building in Tennessee that once served as a Civil War hospital. The curious image (which can be seen below) was posted to Reddit last week by an individual who said that he had snapped the picture while taking photos of the property for a real estate listing. According to the photographer, "the homeowner warned me and the realtor before we arrived that her house is 'haunted'" and explained that it "was used as an army hospital during the Civil War. Patients were operated on inside the home and then moved to the field out back where most would die after being placed in tents."

As is so often the case with such spooky images, the photographer claims that he did not notice the unsettling anomaly on the property when he initially took the picture. He went on to stress that the oddity was not a plastic bag or some other piece of debris as he would have seen it when taking the photo and removed it from the scene. "I walked all around that field photographing it for the seller," he marveled, "and not once did I see that shape by the fence in person, or in any other shots." This, he argued, would seem to eliminate the possibility that it was a statue or perhaps a large bird, while he also insisted that the picture was not a hoax.

With all that said, the photographer conceded that the picture has left him scratching his head and he gave credence to the possibility that the unnerving image could have captured a Civil War ghost, especially since it is said that around 155 Confederate soldiers died in the field where the anomaly was seen. Be that as it may, skeptical observers will undoubtedly argue that the 'spirit' is simply some kind of photographic error or another prosaic explanation. With that in mind, what's your take on the weird image? Share your thoughts with us at the Coast to Coast AM Facebook page.