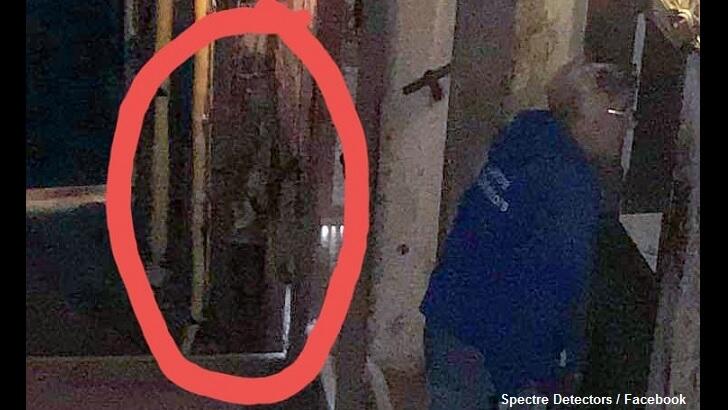 A ghost hunting group investigating an infamous haunted site in Scotland snapped an eerie photo that some suspect could be a spirit lurking at the location. The spooky image was reportedly taken when the delightfully-named 'Spectre Detectors' were on an overnight excursion to a centuries-old series of underground streets known as Mary King's Close in the city of Edinburgh. The location became notorious in the 1600s when the Black Death spread like wildfire through the area and wiped out a massive number of people living there.

As far back as 1865, people have reported seeing apparitions, often thought to be victims of the plague, in the area. With that in mind, it should come as no surprise that the site has become a favorite destination for ghost hunting groups hoping to encounter some kind of spirit. Such was the case earlier this month when the Spectre Detectors visited Mary King's Close for an investigation. According to group member Elaine Kelly, it was a "remarkable evening" in which the location seemed to be particularly active when it came to paranormal activity.

"We had a number of mediums in our party," she recalled, "and they were communicating with about 30 different voices." However, the most intriguing takeaway from the investigation was a photograph which the group believes may show an apparition that appears to be wearing a top hat and a long coat. The group subsequently showed it to some of the tour guides at the Close and, Kelly said, "they were amazed." Do you think the image shows a ghost or is it merely a trick of light and shadow? Share your thoughts at the Coast to Coast AM Facebook page.