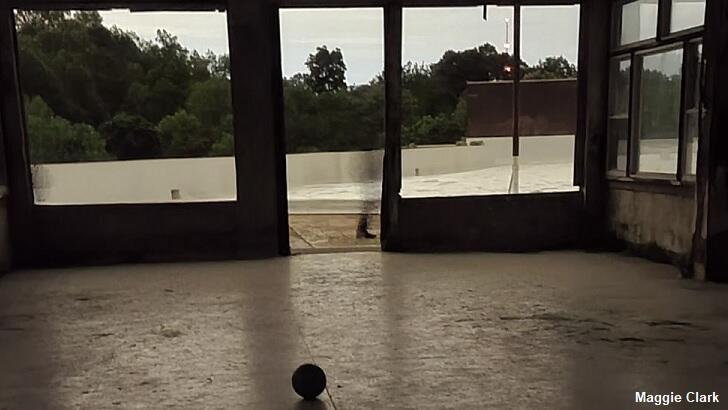 A woman visiting the infamously haunted Waverly Hill Sanatorium in Kentucky snapped a spooky photograph that appears to show an apparition lurking in a doorway. The eerie image was captured this past Saturday evening by Maggie Clark while she was participating in one of the site's popular ghost tours. As she was exploring the top floor of the building, she noticed a ball on the floor and, hoping that she might catch sight of the object moving, snapped a picture of the general area using the night mode setting on her camera. While she did not capture any motion from the toy, Clark wound up photographing something far more fantastic.

In the odd image, a curious form can be seen right at the edge of a doorway. Although it appears fairly nebulous at first, as one looks down towards the bottom of the anomaly, the distinct outline of a shoe-clad foot is readily apparent, suggesting that it is some kind of ghost. After Clark shared the picture on social media, she was met with a handful of skeptical observers who argued that the photo was doctored, however she insists that is not the case, telling us that "posting a fake picture serves me no purpose." She also noted that the anomaly only appeared on one image among a succession of pictures that she took in that moment. What's your take on the puzzling image? Share your thoughts with us at the C2C Facebook page.