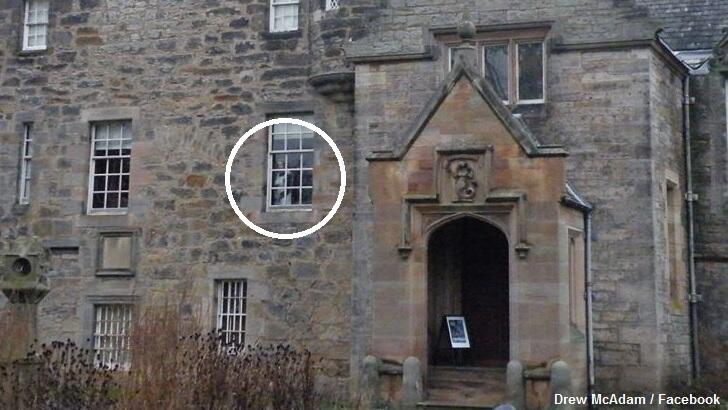 A magician visiting a historic castle in Scotland may have photographed a ghost looking out from one of the windows at the site. Drew McAdam reportedly snapped the eerie image this past weekend when he arrived early for an event being held at the Lauriston Castle in Edinburgh. While waiting for a custodian to turn off the alarm and open the building, he took a few pictures of the landmark and, when he later looked over the photos, McAdam was astounded by what he saw.

In one of the magician's images, a figure seemingly wearing outdated clothing can clearly be seen standing at a window. Posting the image and sharing the story on social media, McAdam insisted that "I have not edited this photo in any way. It is exactly as it came on the camera." He went on to explain that there was no one in the building at that time and, had an unauthorized visitor somehow managed to get inside, it would have triggered the motion sensor alarm protecting the castle.

"To me, it doesn't look like a ghost, it looks like a real person," McAdam told a local newspaper, "I know the house really well, some people said it was a mannequin or something but there's no mannequins in that place, it's a museum." Meanwhile, a staff member at the 16th-century castle said that the building has had incidents of paranormal activity in the past, specifically sightings of a shadowy figure lurking on the premises. What's your take on the spooky image? Is it a genuine ghost or merely some digital sleight of hand from the magician? Let us know at the Coast to Coast AM Facebook page.