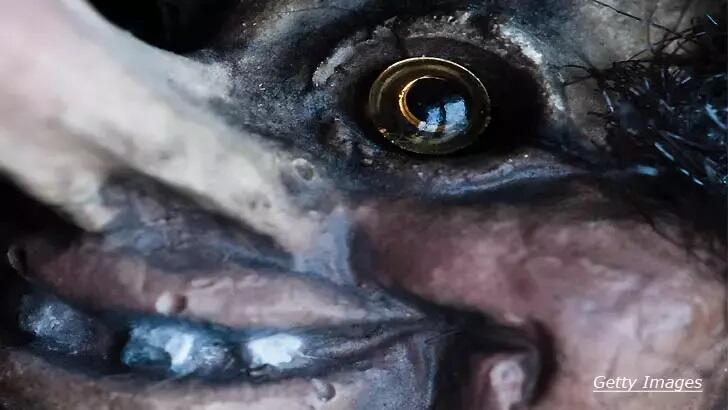 In a bizarre story out of Botswana, the plight of a young boy has become the talk of a small village as, much to his grandmother's chagrin, residents believe he is being targeted by a mischievous goblin. According to a local media report, the strangeness began around two weeks ago when word spread throughout the community of Tobane that a youngster had been taken out of school after being repeatedly attacked by a diminutive entity with a penchant for choking and slapping him. The creature said to be behind the trouble is a rather infamous entity that is feared in neighboring Zimbabwe and known as a Tikoloshe.

Although the boy's dutifully protective grandmother insists that he is not the victim of some supernatural being, she did concede that something seemingly inexplicable has befallen him. "He woke up screaming saying something was hitting him," she recalled, "he was evidently in pain, but I could not see anything." Attempting to clarify other rumors surrounding the case but seemingly only making things more mysterious, the grandmother also confirmed accounts circulating in the community that an invisible force smashed the windows of her home with rocks.

However, either out of fear of having her grandson associated with the notorious entity or simply because she genuinely believes the being is not involved in the situation, the beleaguered woman declared that "I've never seen a Tikoloshe in my life and just like everyone else I've no answers." That is except for one question, which is where the rumors of the creature harassing the boy originated, as his grandmother accused a resident of the village who apparently harbors a grudge against her and, as such, has been "spewing lies and making all sorts of claims."

For now, the boy's whereabouts are unknown, which has caused the scuttlebutt in the village to intensify and ultimately what likely led his grandmother to give the interview wherein she attempted to squash the rumors. Alas, it's debatable as to whether or not that was a wise decision since the newspaper she spoke to chose to run the story with the eye-catching headline 'Tikoloshe on the Loose.' With coverage like that, we're guessing that it'll be a while before the community stops chattering about the creature thought to be in their midst.