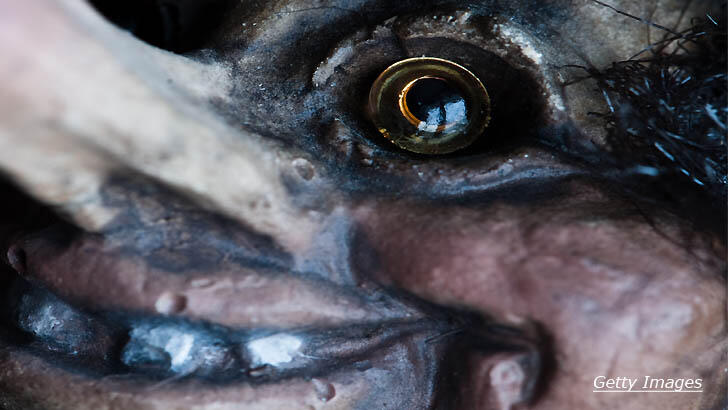 In a bizarre story out of Zimbabwe, a community is on edge due to what residents claim is an outbreak of goblins tormenting their village. The weirdness reportedly began last autumn when two children living in the village of Ziqaweni died under mysterious circumstances. For reasons unexplained, the youngsters' demise was attributed to "goblin attacks" and the community subsequently enlisted a 'prophet' to destroy the sinister creatures.

Alas, it would seem that whatever sense of peace the ceremony provided for the village was fleeting as a series of livestock attacks in recent weeks have led to concerns that the community's mysterious tormentors have returned. To date, more than 30 cattle have been killed by an unseen predator that has managed to evade capture and there have also been additional reports of crops being destroyed. One beleaguered resident lamented that "we don't know how we will be helped because we believe these goblins can be killed, but later come back at full force."

The situation has become so unsettling that the chief of the village is collecting funds so that they can recruit an even more powerful sorcerer to vanquish the menace once and for all. "Whether it's goblins or someone using juju, we are tired," he said, "and we want the goblins or the person behind this caught." Meanwhile, another resident mused that they hope that this yet-to-be-found individual can help "stop this terror before it gets out of hand." Considering that each household in the village is donating money towards the proverbial 'goblin hunt,' one might argue that it's already reached that point.