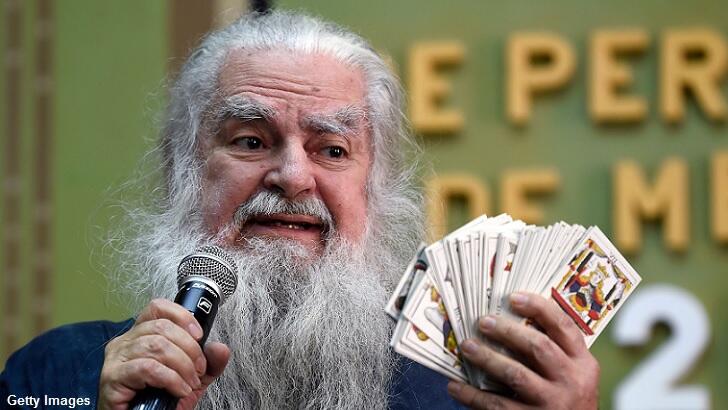 A colorful clairvoyant in Mexico known as the 'Grand Warlock' has issued his forecast for 2019. Self-proclaimed psychic medium Antonio Vazquez has become something of a sensation in his native country thanks to his annual early-January press conference in which he holds court with reporters and shares his predictions for the new year. The traditional gathering often generates worldwide headlines thanks to his theatrical presentation and penchant for making bold proclamations.

The 2019 festivities proved to be no different as, in a rather remarkable display of media savvy, Vazquez focused on the controversial proposed border wall between Mexico and the United States. Consulting a set of tarot cards laid out on a table in front of him, the 'Grand Warlock' reportedly predicted that President Trump will not be able to get funding for the barrier and declared that "that wall will never be built." While it may be some time before we know if Vazquez is correct, to his credit, he also added the worrisome and particularly specific prediction that "there will be a very grave problem arising from this wall foolishness" which occurs either today, January 8th, or tomorrow.

Beyond the battle over the border wall, which garnered the lion's share of attention from the media, were a few other prognostications from Vazquez to watch for in 2019, including that accused drug trafficker Joaquin 'El Chapo' Guzman will be found guilty at trial and sentenced to life in prison. Vazquez also warned that Mexican President Andrés Manuel Lopez Obrador would suffer from health issues as a result of working too hard. Lastly, the 'Grand Warlock' said that Cuba and Miami would be hit the hardest during the 2019 hurricane season.