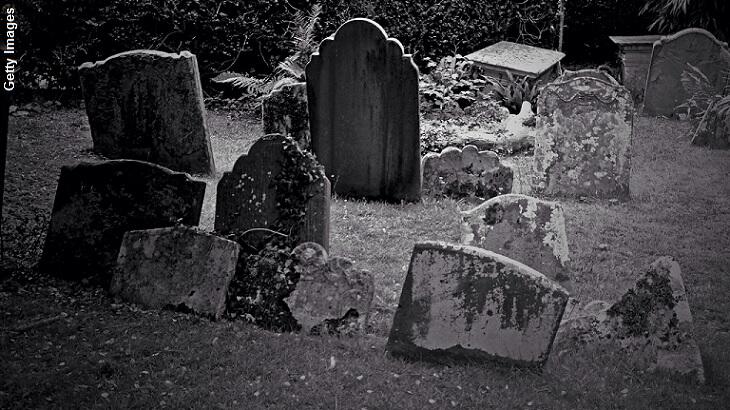 Authorities in Florida have arrested a pair of men who allegedly stole several skulls from a graveyard for the purposes of religious rituals. According to a local media report, the macabre caper occurred last month in the city of Mount Dora when a motorist passing by the Edgewood Cemetery noticed that some of the gravesites had been vandalized. Cops investigating the situation found that the cement covers of numerous graves had been smashed open and the caskets contained beneath them had also been accessed.

Initially, the strange crime constituted something of a mystery, but a critical clue left behind at the scene wound up providing a break in the case. Perhaps as a way of celebrating their successful heist, the ne'er-do-wells behind the grave robbery apparently decided to smoke some cigars and subsequently left the remains of their smokes behind at the site. DNA extracted from the evidence ultimately led police to Brian Montalvo Tolentino.

Upon questioning, the man confessed to the crime and told police that he pulled off the heist alongside a man named Juan Burgos Lopez. When cops searched the accomplice's home, they discovered a staggering six skulls, four of which were found to have been taken from graves at the cemetery, as well as various other bones which, all together, comprised what they described as a "religious shrine." The duo now face multiple charges related to the unsettling theft.