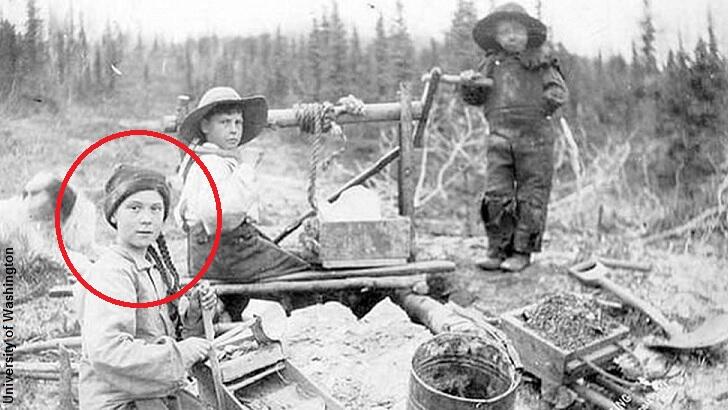 An 1898 photo of some children working at a gold mine in Canada's Yukon territory has gone viral due to one of the youngster's stunning resemblance to teenage climate change activist Greta Thunberg. The spooky image popped up online over the weekend after someone discovered it in the University of Washington archives. The photo quickly went viral with many imaginative individuals suggesting that it was proof that Thunberg was a time traveler, while others argued that it was merely a clever fake.

Regarding the latter theory, it would appear that the image is a genuine photograph and not the product of Photoshop. According to the University of Washington website, the scene is of "three children operating rocker at a gold mine on Dominion Creek, Yukon Territory" and that it occurred around 1898. As for the possibility that Thunberg is a time traveler, we're skeptical about that hypothesis simply because one would assume that someone with the technology to traverse time and space would probably be able to offer some assistance with thwarting climate change.