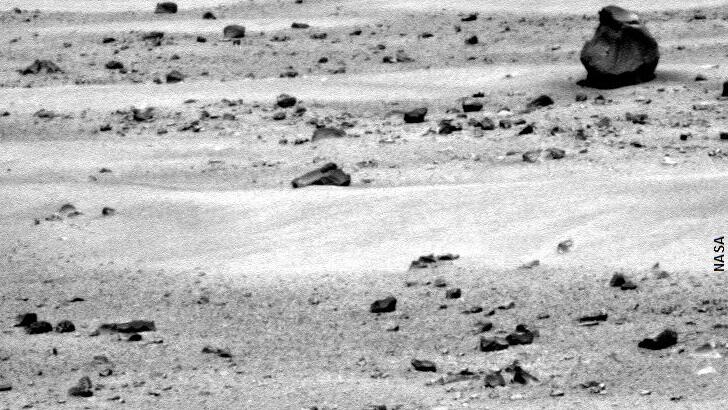 Martian anomaly hunters are touting the latest discovery gleaned from studying images taken by the Opportunity Rover: a handgun!

The remarkable find stands in stark contrast to the previous purported Red Planet discoveries that were relatively benign, such as out-of-place 'animals' or strange 'statues.'

Some researchers who have analyzed the image contend that it is so clear that one can even see the trigger of the firearm.

Meanwhile, conspiracy theorists who doubt the true intentions of NASA have put forward an incredible argument based on the image of the pistol.

They say that the gun photo proves that the Opportunity rover is not even on the Red Planet at all and has been secretly roaming around in a desert here on Earth.

Skeptics, of course, point to pareidolia as the true source of the 'gun.'

However, if the object really is a gun sitting on the surface of Mars, perhaps that explains why it has taken so long for us to get there: the Martians are armed.