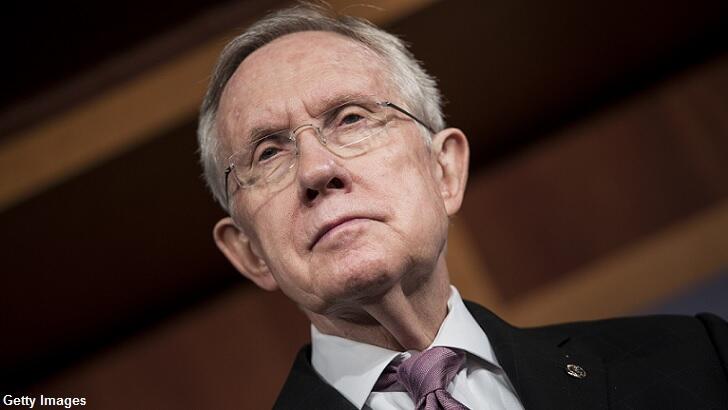 Retired Nevada Senator Harry Reid says that he hopes to persuade members of Congress to take a fresh look at the UFO phenomenon. The intriguing revelation reportedly came about when the former Senate majority leader who spearheaded the Pentagon's UFO research project did an interview with a Nevada radio station on Thursday. "We have hundreds and hundreds of people that have seen the same thing," Reid marveled, "something in the sky, it moves a certain way."

He went on to advocate for developing a way in which military pilots could report UFO sightings to their superiors without fear of being ridiculed or having the encounter negatively impact their career. "Many, many times they don't say a word to anybody about these strange things," Reid lamented. Remarkably, beyond merely calling for some kind of reporting system, he indicated that he had a call scheduled for later in the day with "a powerful member in Congress" and that the topic of the conversation was this very issue.

Reflecting on the Pentagon UFO project, Reid mused that "we spent a lot of money, and it was an extremely important study." He also expressed dismay that "the federal government has done almost nothing to help us with this" since the program was closed. Nonetheless, Reid argued that "the information we have indicates we should do a lot more study" and, presumably, he plans to make this case to his former colleagues in Congress.

One particularly tantalizing part of the interview came in response to being asked Area 51, which sits in his home state of Nevada. In an answer that might turn a UFO enthusiast green with envy, Reid recalled, "oh sure, I've been to Area 51. I know Area 51. I don’t know if I should say many times, but lots and lots of times." Finally, for those hoping that he might tip his hand about the possibility that ETs are real, Reid conceded that "I personally don’t know if there exists little green men from other places, I kind of doubt that."