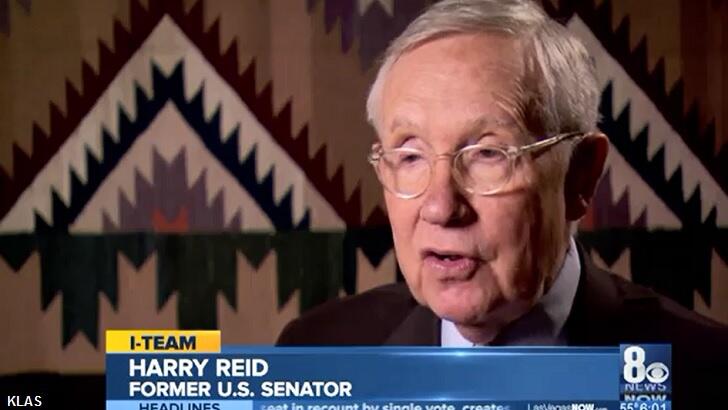 Credited with being behind the recently-revealed Pentagon UFO research program, retired Nevada senator Harry Reid spoke with C2C's George Knapp about the story that has spawned headlines around the world.

In his first televised interview on the topic, which was exclusively provided to KLAS, the former Senate Majority Leader was remarkably forthcoming about the program and how it developed.

Asked how he feels about the Advanced Aviation Threat Identification Program being revealed to the public, Reid responded, "I'm very glad, because now we have scientific evidence."

To that end, the retired Senator indicated to Knapp that, as opposed to how the program's findings have been portrayed by some media outlets, the results of the study were impressive.

Reid also provided some clarification on how space entrepreneur Robert Bigelow was chosen to helm the AATIP.

He stressed that "we wanted to make sure people couldn't complain about it that it was some sweetheart deal" and explained that the job was "put out to bid."

Bigelow, in turn, was awarded the contract because he "gave the best cost" and was "willing to build the infrastructure and build everything on his own."

According to Knapp's report, the program boasted a team of 46 scientists and employed 'rapid response teams' to investigate UFO cases which came in to the group.

As to why the program ultimately shut down, Reid refuted reports that he had a hand in ending the AATIP, saying "I wish it were still going."

Concerns that the public would find out about the program, which obviously has now occurred, as well as, remarkably, religious objections were cited as the reason that the AATIP is, at least officially, no more.

George Knapp will be appearing on Coast in the first hour of the program this coming Thursday to discuss his interview with Reid and will also have additional insights from the former Senator in another report set to air tonight on KLAS.