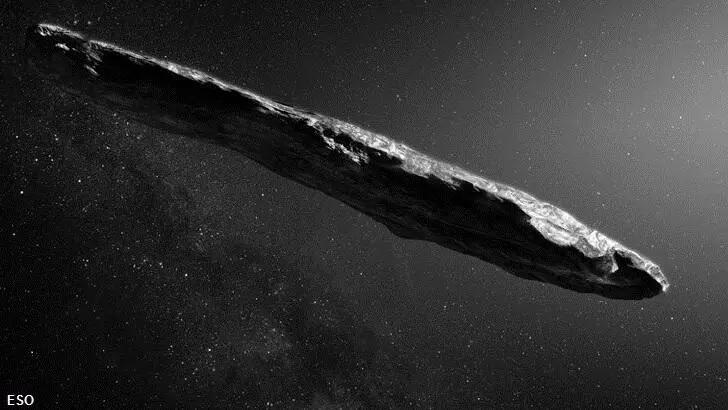 A Harvard astronomer has announced the formation of an ambitious new scientific group aimed at finding evidence for alien life either somewhere out in space or already visiting the Earth. Avi Loeb made headlines over the last few years by way of his strong advocacy for the idea that interstellar object ‘Oumuamua may have been extraterrestrial in nature. Still a believer in that theory, he has now taken that hypothesis a step further with the creation of the Galileo Project which, according to a press release, aims to evolve the search for extraterrestrials "from accidental or anecdotal observations and legends to the mainstream of transparent, validated and systematic scientific research."

Suggesting the seriousness with which the group plans to approach the topic, they explain that the project intends to "advance a systematic experimental search for cross-validated evidence of potential astro-archeological artifacts or active technical equipment made by putative existing or extinct extraterrestrial technological civilizations (ETCs)." In less scientific terms, they specifically hope to find some kind of proof for aliens, living or dead, by way of either ET artifacts or hardware. To that end, the Galileo Project considers themselves "complementary to traditional SETI" in that they'll be looking for physical material as opposed to radio signals emanating from space.

As to how the group might accomplish its lofty goal, the Galileo Project outlined what it calls its "three major avenues of research." First, they hope to produce photographic evidence of UFOs visiting the Earth via "a network of mid-sized, high-resolution telescopes and detector arrays with suitable cameras and computer systems" and then analyze that evidence using artificial intelligence. Additionally, they plan to search for objects similar to ‘Oumuamua in the hopes that they might be alien craft. The third path envisioned by the group is a hunt for potential cloaked ET satellites in Earth orbit which may already be secretly monitoring the planet.

In explaining their choice for the name for the group, the Galileo Project indicated that they see their work as something of a new form of research akin to how the famed astronomer made critical discoveries via an "improved design of an optical telescope." By eschewing existing scientific dogma surrounding the existence of alien life in the universe, particularly the possibility that it is already visiting the Earth, the group boldly declared that they are "daring to look through the new telescopes." Time will tell whether this approach winds up finding success or if it joins the rest of the scientific alien-hunting efforts which have so far fallen short.