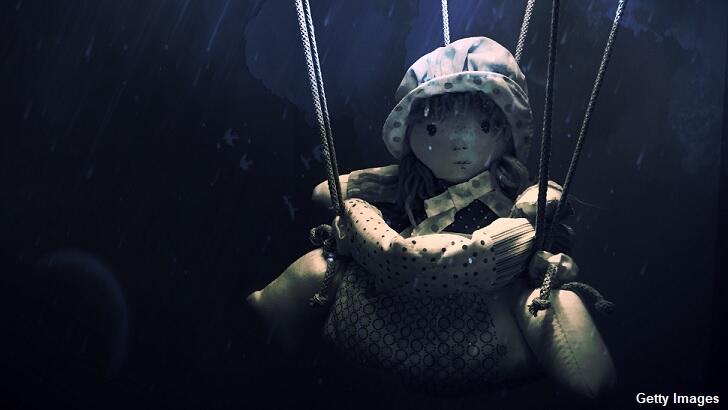 Residents of a small town in Australia say that their community is plagued by an unsettling presence in the form of a haunted doll that brings bad luck to those who get too close to it. The eerie object, which can be seen below, reportedly sits on a swing located in a mangrove swamp in the tiny town of Lucinda. Among the mere 406 people living in the community, tales about the creepy doll and its unnerving 'powers' have spread by way of whispers from residents seemingly afraid of 'upsetting' the odd object.

Parliamentarian Nick Dametto, who represents Lucinda and several other nearby towns, indicated that "everyone seems to know about the doll, but nobody really wants to talk about it." Be that as it may, local legend states that anyone who comes too close to the object winds up suffering some sort of bad luck. The most frequent 'victims' of the doll, Dametto said, are people who are boating or fishing in the nearby waters and it is claimed that even saying "hello" to the object can unleash its ire.

"This might be pure circumstance or just a modern wives' tale," Dametto mused, "but it's something I'm definitely not willing to toy with." Although the origins of the doll appear to be shrouded in mystery, one business owner in Lucinda claims that the 'little girl' and her swing were created by a local couple as something of an art installation with the goal of adding some color to the community. Should that be the case, their mission has proven to be a strange success as the town has now become infamous for being the home of a haunted doll that curses anyone who dares go near it.