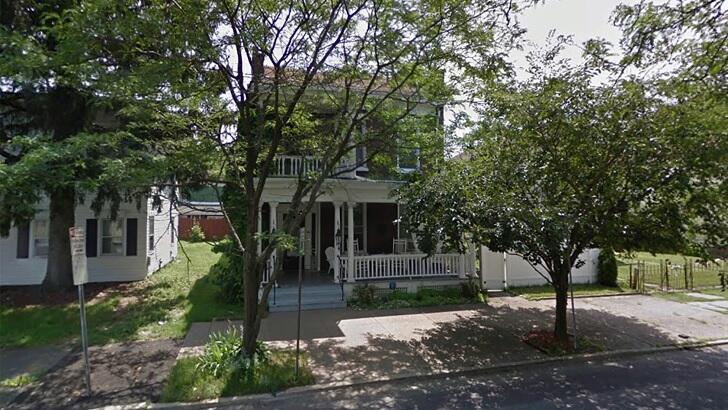 A residence in upstate New York that is purportedly home to a whopping nine ghosts has gone on the market with a rather weird asking price. According to a local media report, the property known as the Enslin Mansion is located in the city of Troy and has belonged to owner Michele Bell's family for over a century. A self-described empath and intuitive alchemist, she mused that the home "has a lot of spirits. It's very haunted" and boasts a wide array of eerie paranormal activity including strange sounds and unusual incidents involving the lights inside the house.

Bell contends that the spirits living in the residence include five members of her family, including her late son, as well as a boarder who passed away at the location and three yet-to-be-identified individuals. It would seem that she is not alone in her assessment of the home's haunted nature as it has been thoroughly investigated by various ghost hunting teams and has even been featured on a few cable TV programs devoted to exploring such spooky sites. In recent years, a room in the residence has even been available to rent by way of AirBnB for adventure-seeking travelers looking to stay overnight in what very well could be a genuinely haunted house.

Those who would rather own than rent are in luck as Bell has decided to put the Enslin Mansion, and presumably the nine ghosts that call the residence home, on the market. Negotiations for the sale may get a bit tricky, however, as Bell's asking price for the home is $444,444, which she explains is a "spiritual number" that she will not change. She expressed the hope that the residence winds up being purchased by a young couple who will appreciate the unique history of the Enslin Mansion and, of course, the ghosts that are believed are 'living' there.