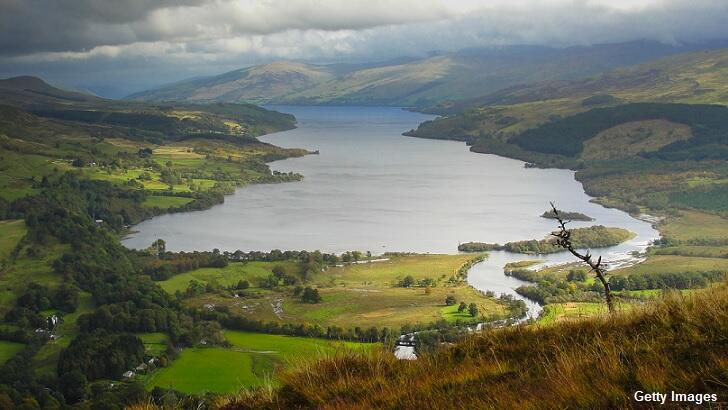 Haunted Village for Sale in Scotland

The ruins of a Scottish village said to be occupied by the ghost of a 17th-century prophetess is up for sale. Spanning approximately 3.3 acres of land sitting on the shore of Loch Tay, the picturesque property known as The Old Village of Lawers reportedly features the remnants of multiple buildings that constituted the community centuries ago. While the village was ultimately abandoned in 1926, there is said to be one resident who remains at the location, albeit in spirit form, who has become something of a legend by way of her eerie predictions that seemingly came to fruition on several occasions.

Known as the Lady of Lawers, Mary Campbell resided in the village during the late 17th century and earned a reputation for being able to foresee future events, which she revealed in a poetic fashion similar to Nostradamus. Perhaps the most famous of her prophecies centered around an ash tree that she planted near a church in the village. Campbell cautioned that when the tree grew to the height of the church's gable, the building would "split asunder." Centuries later, her prediction came to pass when a violent thunderstorm destroyed the church just as the tree had reached that prescribed height.

The Lady of Lawers is also credited with having predicted the emergence of railroads, which she described as "fire-coaches," as well as steamships, which she envisioned as being "ship driven by smoke." Chillingly, one prophecy put forward by Campbell which has yet to come true is that such a vessel would sink in the Loch Tay and there would be a "great loss of life." Given her strong connection to the location, many believe that the ghost of the legendary soothsayer still roams the grounds of the village. The current asking price for the property is $173,000 and the purchase includes a private beach, fishing rights, "semi-ancient native woodland," and, presumably, the spirit of the Lady of Lawers.