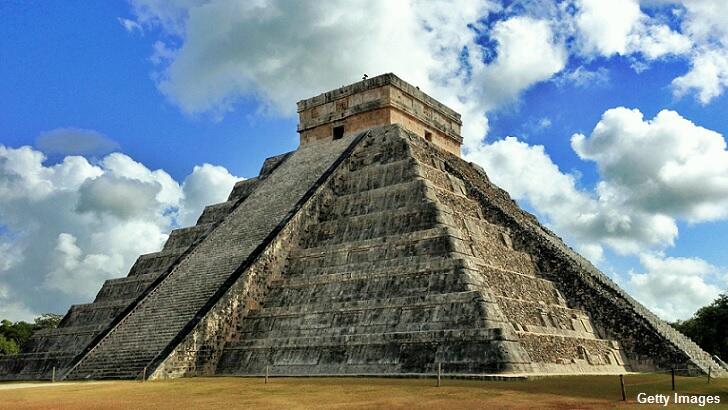 Archaeologists in Mexico have discovered a hidden passageway beneath the famed Mayan site known as the Temple of Kukulkan.

Located at Chichen Itza, the massive pyramid has become an iconic symbol of the Mayan culture, drawing tourists from the around the world to marvel at its magnificence.

And, much like its proverbial doppelganger in Egypt, the Temple of Kukulkan apparently boasts some secrets which we are still just discovering today.

By way of a ground penetrating radar scan of the site, researchers spotted a heretofore unknown tunnel that is believed to have been sealed during the construction of the structure in the distant past.

Based on its subterranean location, it is theorized that the passageway connects to a natural water-filled sinkhole that was also discovered beneath the temple a few years ago.

Remarkably, researchers say that they actually aim to open the passageway soon and venture inside to see where it leads.

Their decision to unseal the tunnel is a far cry from plans for the hidden chamber recently found inside the Great Pyramid which will likely remain out of reach until a robot can be sent to explore it.

While it's unlikely that explorers will unearth anything resembling long lost Mayan treasures or anything of that nature, there is hope that the passageway could provide a wealth of insight into the complex subsurface layout of the legendary site.

For everyone's sake, let's just hope they don't go into the tunnel and wind up finding another Mayan calendar.