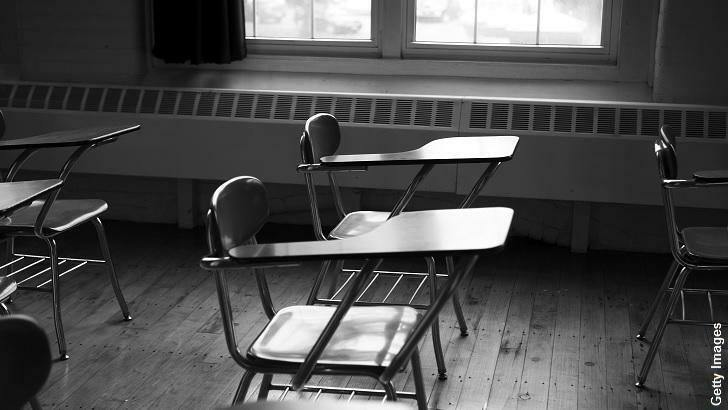 A high school in Ghana was forced to shut down this week after an alleged ghost sighting sparked something of a panic among the pupils. The strangeness reportedly began in the village of Fumbisi on Sunday evening when a group of female students were studying in their dormitory. According to the teens, their work was interrupted when an apparition of a person suddenly appeared before their eyes.

The surprising appearance of the spirit so frightened the teens that they fled the room in terror and one particularly unnerved young lady actually jumped from the second story of the building to the ground below to escape the ghost. All told, around 20 students wound up needing to be hospitalized following the scare because they collapsed during the chaotic scene which some observers speculated could have been a 'spiritual attack' on the students.

Making matters worse for administrators, the ruckus led to protests among the other students, who were calling for better conditions and security at the school. They likely did not help their case when they began pelting the headmaster's residence with rocks and assaulted a night watchman. A subsequent hunger strike by the students the following day ultimately led officials to temporarily shut the facility down in order to quell the growing furor.

Oddly enough, the strange case of what appears to be mass hysteria is far from the first time we've seen a school struck by the phenomenon as similar incidents have previously occurred in Colombia, the Philippines, Jamaica, India, Peru, Nigeria, and Indonesia, to name just a few from the last few years. Why, exactly, learning institutions are prone to such outbreaks of perceived 'possessions' in uncertain. One also can't help but wonder why such episodes have not occurred here in America, considering how prevalent they appear to be throughout the world.